Reflections of a Proud Coach

One key pillar of Management Leadership for Tomorrow’s approach to empowering the next generation of diverse leaders is coaching talented fellows to reach their full potential. MBA Prep Coach Kendra Crook reflects on her coaching relationship with Rising Leader David Vasquez, and how he embraced MBA Prep to the fullest.

“David understood the value of MLT coaching and didn’t want to waste one opportunity.”

During my ten-year tenure as a coach for MLT’s MBA Prep program, I have met an incredible number of emerging leaders, all with different characteristics and personalities. Some fellows start the MBA Prep program exuding confidence and others come intimidated by the huge undertaking of applying to business school. David Vasquez (MBA Prep 2018) was the elusive combination of both. He was ready and willing to work hard, but confident his goal was within his grasp. 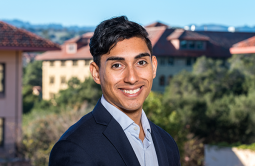 During our first coach call, David and I bonded over our shared undergraduate experiences at Columbia University, and bemoaned the fact that there aren’t more students from our alma mater in MLT. I had read David’s MBA Prep application, and knew he was a rising leader. It wasn’t until we spoke about his career aspirations, however, that I felt his tremendous passion to use his intellect, professional network and financial services background to change the lives of others.

David had recently transitioned from his role as an investment analyst at Ares Management to become Sponsors for Educational Opportunity (SEO)’s first Fellow. His responsibilities included coaching minority college students in their first finance roles and working with SEO leadership to expand its corporate partners list. David’s decision to pursue an MBA was fueled by his vision of launching his own social impact investment fund and empowering communities to break cycles of poverty through sustainable wealth creation.

David is from a modest background and as I worked with him, I learned just how he had managed to come so far. He demonstrated tenacity, transforming his very, very good GMAT score into a truly exceptional one. As an engaged MBA Prep Fellow committed to his community’s success, he was willing to speak with other MLTers struggling with the standardized test. Even as he was learning and being coached, he was already paying it forward.

If I encouraged David to reflect and provide details about how he planned to achieve his long-term career vision, he came back on the next call having conducted in-depth research. David understood the value of MLT coaching and didn’t want to waste one opportunity.

I wasn’t surprised David was admitted to Stanford Graduate School of Business and several other top B-schools because he has all the key ingredients for success. I was pleasantly surprised, however, when informed me he had been selected as a finalist for the Knight-Hennessey Fellowship. The program’s objective is to prepare leaders who can find creative solutions to the world’s most complex problems. With his credentials, he merited serious consideration, but as one of more than 3,600 applications vying for fewer than 50 spots, his chances of making it to the finalist stages were extremely small. He had defied the odds.

The screening process finalists for the fellowship went through was extensive and rigorous. MLT marshaled resources to support and prepare David, including prepping him for a weekend-long interview. Eternally humble, David let me know he was appreciative and honored to have the full weight of MLT behind him.

I am the one who feels honored. David represented MLT well among an impressive list of high achievers from around the globe, and he was selected to be a member of the inaugural class of Knight-Hennessey Fellows. I have no doubt that with David’s civic mindset, he will be an accomplished, thoughtful and effective leader.

David and I first bonded over our shared alma mater and my respect and admiration for him has only grown as I have observed his deep commitment to community and to service. I am thrilled David agreed to allow me to share his good news because he has truly made me #MLTproud!