Learn what it takes to advance to the C-Suite.

Navigating from mid-career professional to senior executive may be the most challenging part of your career journey. You are confident you have what it takes to be an effective and successful leader, but the path to career advancement can be filled with personal and professional roadblocks. MLT’s Career Advancement Program (CAP) is a 12-month program that gives highly-talented, mid-career professionals the keys to unlock their full potential and advance toward senior leadership roles in their organizations. CAP is an intense journey of self-discovery and professional development that includes:

Bring the Career Advancement Program (CAP) to Your Organization

If you’re interested in bringing CAP to talented professionals in your organization, click here to submit a partner inquiry. Participants must be nominated by their managers or senior leaders.

"I left CAP with more tools in my leadership toolkit, a better understanding of who I am, and a framework for how I can show up for others—both at work and in my...
Brent Seals
Career Advancement Program 2019
General Manager, Canada, DoorDash 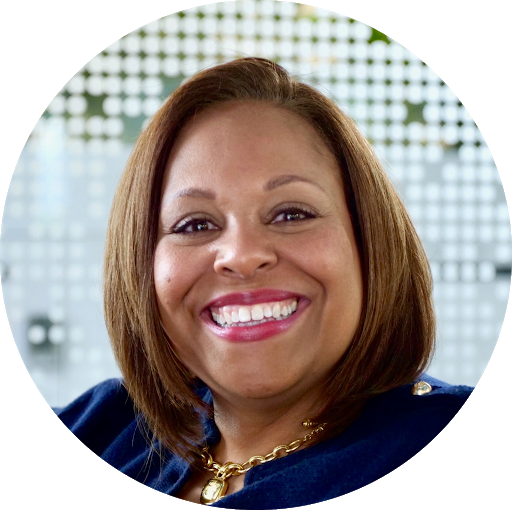 There is a playbook for success that's not always shared with people who look like me, so you have to put a plan together. The fact that the company invested in training for me was...

of managers would recommend CAP to other managers seeking to improve the skills, confidence, and overall performance of their employees

of Fellows reported that they now have frameworks, methods, or concepts that will help them make future business decisions

Throughout your CAP experience, you will address critical performance and behavioral gaps through intensive learning courses delivered using a phased approach.

Phase 1: Assessment and Awareness — CAP Fellows undergo a comprehensive assessment that includes input from their managers and peers. Fellows also begin the one-on-one executive coaching process during this phase.

Phase 2: Experiential Learning — Fellows attend the Leadership Horizon Seminar (LHS). The seminar is a six-day, in-residence learning experience, during which the cohort covers key CAP curriculum elements and learns from world-renowned business leaders. At LHS, fellows are able to grow their networks and receive peer feedback in a safe environment. Fellows continue their executive coaching sessions.

Phase 3: Reflection and Action — Fellows participate in a leadership lesson series, continue executive coaching sessions and receive LHS post-work curriculum assignments that reinforce learnings from the previous phases. At the end of phase three, fellows receive a final outcome report with a personalized evaluation that chronicles their development journey.

Phase 4: Ongoing Networking and Development — Fellows begin their practicum, a five-month period of individual reflection. Key concepts and principles are applied “on the job” and in personal settings. Upon completion of the program, fellows are invited to the annual CAP Graduation and Reunion, and then join the distinguished MLT alumni community.

Patricia Hayling Price is an executive coaching and leadership consultant supporting individuals and organizations wishing to reach higher levels of effectiveness and reward.  She is an instructor; developer and Managing Director for Management Leadership for Tomorrow’s (MLT’s) Executive Programs.  Patricia has enjoyed working with MLT since November of 2006 where the opportunity to design, deliver and grow CAP has been a joy and a privilege. She believes that “to become an aware leader, it can be most useful to have a qualified personal champion to help you discover what is stopping you from being unstoppable; to help you explore the possible, fine-tune your image and enhance your relationship with yourself and others. 1:1 coaching is a journey that can open an untold door.”

Patricia honed her skills while building a stellar career at IBM, working for over two decades across numerous domestic and global leadership roles.  Her early years on stage and television contribute to her keen sense for image and communication development for her clients.  In her private practice she has delivered assessments, workshops, and coaching for mid-level managers, senior leaders and teams from MasterCard, Viacom-BET, Pace University Center for NFP Leadership, Bank of America, GWI, Mellon Bank, Ernst and Young, Goldman Sachs, Heidrick & Struggles, Rodman and Renshaw, MMC, Reed Elsevier (LexisNexis) and Media6Degrees among others.

She has been a speaker and facilitator for MasterCard’s Global Woman’s Leadership Summit, Cornell Univ. Graduate Woman’s Leadership Summit, National Association of Black Women Attorney’s, ELC’s Black Women on Wall Street Symposium, and The Westchester/Fairfield Executive Women’s Society.  Her coaching column has been featured in the Network Journal News.  In 2010 she was featured on NPR’s “All Things Considered” conducting a live coaching for the Career Advancement Program.

She and her husband recently celebrated their 32nd wedding anniversary. They are the proud parents of a son who is attending Harvard University and a daughter who recently graduated from the University of Pennsylvania.