The Road to Your MBA Begins Here

For many, an MBA is a critical step on the path to senior leadership. MLT’s MBA Prep programs provide African American, Latinx, and Native American professionals with personalized guidance and effective tools to successfully navigate the business school application process, and optimize their MBA experience. MBA Prep includes:

Meet Some of our MBA Prep Fellows 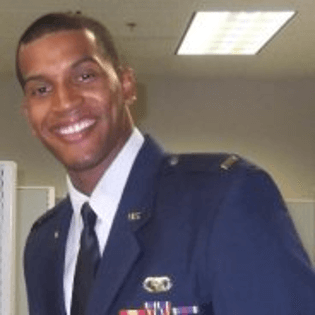 Transitioning out of the military, establishing a strong professional network was very important to me. I found that in MBA Prep and I actually consider Fellows... 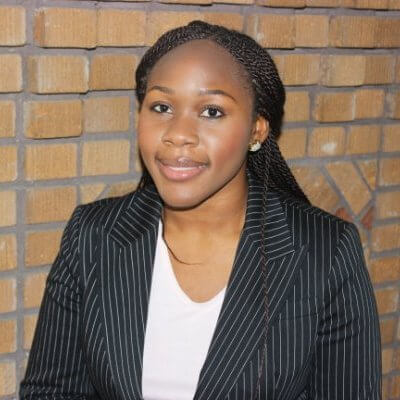 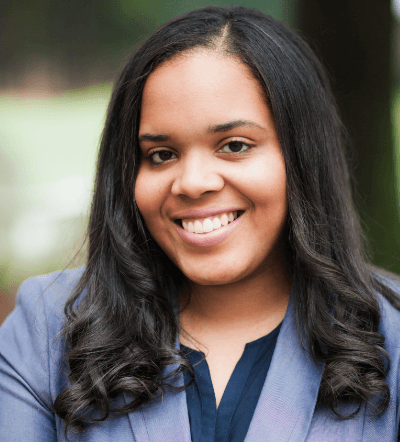 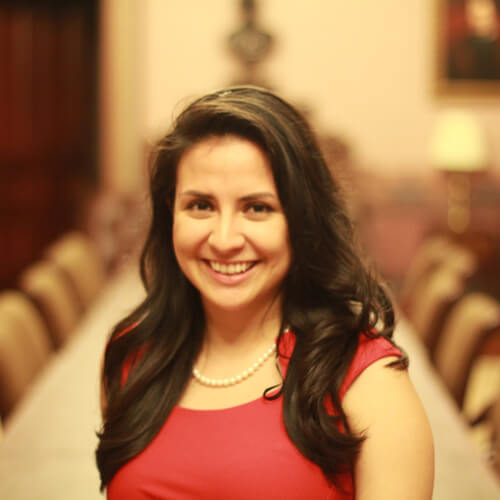 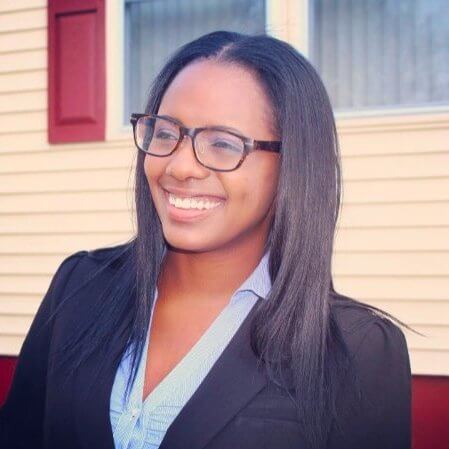 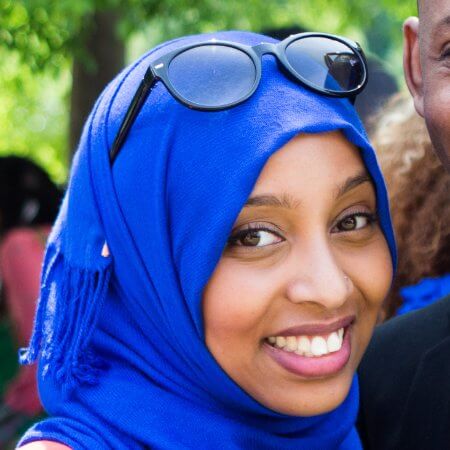 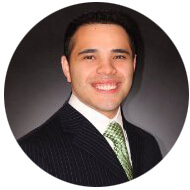 of MLT’s MBA Prep Fellows are accepted by a Top 10 Business School.

The estimated time commitment for MBA Prep is 10 to 30 hours per month. MBA Prep Alumni will attest that the more you put into the program, the more you will get out of it. Here’s how MLT will help you achieve your goals:

One-on-one coaching: Your MLT Coach (many of whom are former MBA admissions officers) will guide you throughout the program and will help you develop your own roadmap to exceed “the bar” for admission at top schools. Your coach will also offer application advice, and feedback on your resume and admissions essays.

Personal clarity: You will gain insight into your passions and strengths and how they align with your ultimate career goals. During interviews, you will be able to better articulate your story and how you can add value to your target MBA programs.

Supplemental GMAT guidance: You will work to increase your score by creating a personalized action plan with your coach and utilizing the study support from your cohort. MLT also provides a separate GMAT coaching option that focuses on strengthening GMAT scores.

A winning application: you will learn what it takes to be a competitive and successful MBA applicant. MLT demystifies the MBA admissions process and gives you the winning formula.

An accelerating professional network: Fellows go through the program with a cohort of peers who share similar interests and career goals.  They also have the opportunity to form lasting relationships with corporate partners and other executives. Upon completion, fellows join a lifelong network of more than 7,000 alumni who are committed to helping each other advance toward senior leadership.

In-person seminars: Fellows attend three mandatory weekend-seminars. Each event includes intensive skill-building workshops with insight into the admissions process and in-depth case studies. Content is delivered by our corporate and business school partners, MLT coaches, and additional subject matter experts. Seminars are hosted on the campuses of MLT’s business school and corporate partners. The typical time frames for these seminars are:

Education:  Wendy has a BA in Sociology from Tulane University and an MBA in Marketing from The George Washington University.

Experience: Wendy joined MLT as an MBA Prep Coach in 2008. She discovered her love for higher education when she accepted a role as an undergraduate admissions officer. Since then, she has worked in the higher education world for almost 15 years. Prior to MLT, Wendy was Assistant Director of Admissions for Georgetown’s MBA program for four years. Her travels and experiences as an admissions officer have given her great pleasure, but her passion is to have a real impact on those with whom she works.

Education: Kendra earned her bachelor’s degree in history and psychology from Columbia College.

Education: Shannon holds a bachelor’s degree in English from Georgetown University and a masters degree from the Annenberg School for Communication at the University of Pennsylvania, where she also studied Management and Marketing at Wharton.

Experience: Shannon joined MLT as an MBA Prep Coach in 2013. Previously, she served as Director of Admissions at American University’s Kogod School of Business, and prior to that role, as Associate Director of Admissions for the Goizueta Business School at Emory University. Her professional background also includes work in corporate programs for the American Council on Education and in undergraduate admissions at Georgetown. In addition, she has completed training in nutrition, health, and stress reduction and is a certified mindfulness meditation and yoga instructor and founder of MindfulMBA, all of which she uses to bring balance to the MBA application process.

Education: A lifelong learner, James is currently completing a Professional Coach Certificate program at Duquesne University. Upon completion, he will pursue the International Coach Federation certification. James received a BA in Communications and English from the University of Pittsburgh, and an MA in English from Radford University. He is also a graduate of the Carnegie Mellon University Leadership Academy in 2013.

Experience: James spent nearly 18 years at the Tepper School of Business at Carnegie Mellon University, where he first served in Academic and Student Affairs as Associate Director of MBA Programs. In 2003, he was appointed Senior Associate Director of Admissions and, in 2006, the Director of MBA Admissions. In this capacity, James worked closely with nearly 1,600 applicants each year, to enroll students in the full-time, part-time and distance learning MBA programs. He has held lead roles in recruiting, diversity initiatives, operations, and information systems. From 2015 until joining MLT full-time in 2018, James was a member of the leadership team in the newly-formed Office of Graduate Admissions at Duquesne University. During this time, he also served as a consultant for Forté MBA Launch program participants and as a member of the MLT MBA Prep essay review team. He is a diehard fan of all Pittsburgh sports.

Education: Jon has a BA in Biology with a concentration in Neurobiology and Behavior from Cornell University and a MS in Instructional Technology from Bloomsburg University of Pennsylvania.

Experience: Jon joined MLT as an MBA Prep Coach in 2015 and has worked in higher education for over a decade. Prior to his role at MLT, Jon spent two years as a Senior Admissions Consultant at Clear Admit, counseling numerous successful applicants to gain admission to the world’s leading business schools. Jon also served for four years as Senior Associate Director of Admissions at the Ross School of Business at the University of Michigan. During his time at Ross, he managed all aspects of recruiting and admissions for Ross’ full-time MBA program and read applications, selected candidates for interviews, validated all admissions decisions, managed the waitlist, and made scholarship award recommendations. Leading the program’s recruiting initiatives for underrepresented minorities, Jon was also the Ross admissions office’s point-of-contact for The Consortium for Graduate Study in Management and MLT candidates. Jon spent the early part of his career in consulting and interactive marketing, working with a mix of federal government and national security clients and for-profit companies. Jon served as an MBA admissions industry expert in his own forum on Poets & Quants and has presented for Beat The GMAT’s “Write Like an Expert” webinar series.

Education: Victoria completed her Bachelor’s in Business Administration with a concentration in Marketing at James Madison University and completed her MBA at University of Maryland Global Campus.

Experience: Victoria, a native Virginian, joined MLT in 2016 as office manager, where she provided executive support to the MLT Senior Management team and handled day-to-day operations of the MLT Headquarters. She transitioned to the MBA Prep team in 2017, and now serves as the program manager of the MBA Prep Program. Prior to MLT, Victoria worked as a Business Coordinator at Perficient – a digital transformation consulting firm.

Victoria enjoys working with Fellows and has a passion for helping others reach their full potential. Victoria is a huge foodie that spends her downtime traveling, reading fiction, and volunteering with the National Museum of African American History & Culture.

Education: Krista earned her BS in Hotel Administration from Cornell University. She has also completed a Graduate Certificate Program in Non-Profit Management at Northern Kentucky University.

Experience: Krista has been with MLT as an MBA Prep coach since 2008. Prior to MLT she worked at the Yale School of Management, first in the Dean’s office and then for several years as an admissions officer. She was especially involved in recruiting women, non-traditional and early career students. She managed recruiting events for the department and served as the alumni liaison for admissions.