Paying the Price: The Heavy Toll of Workplace Racism 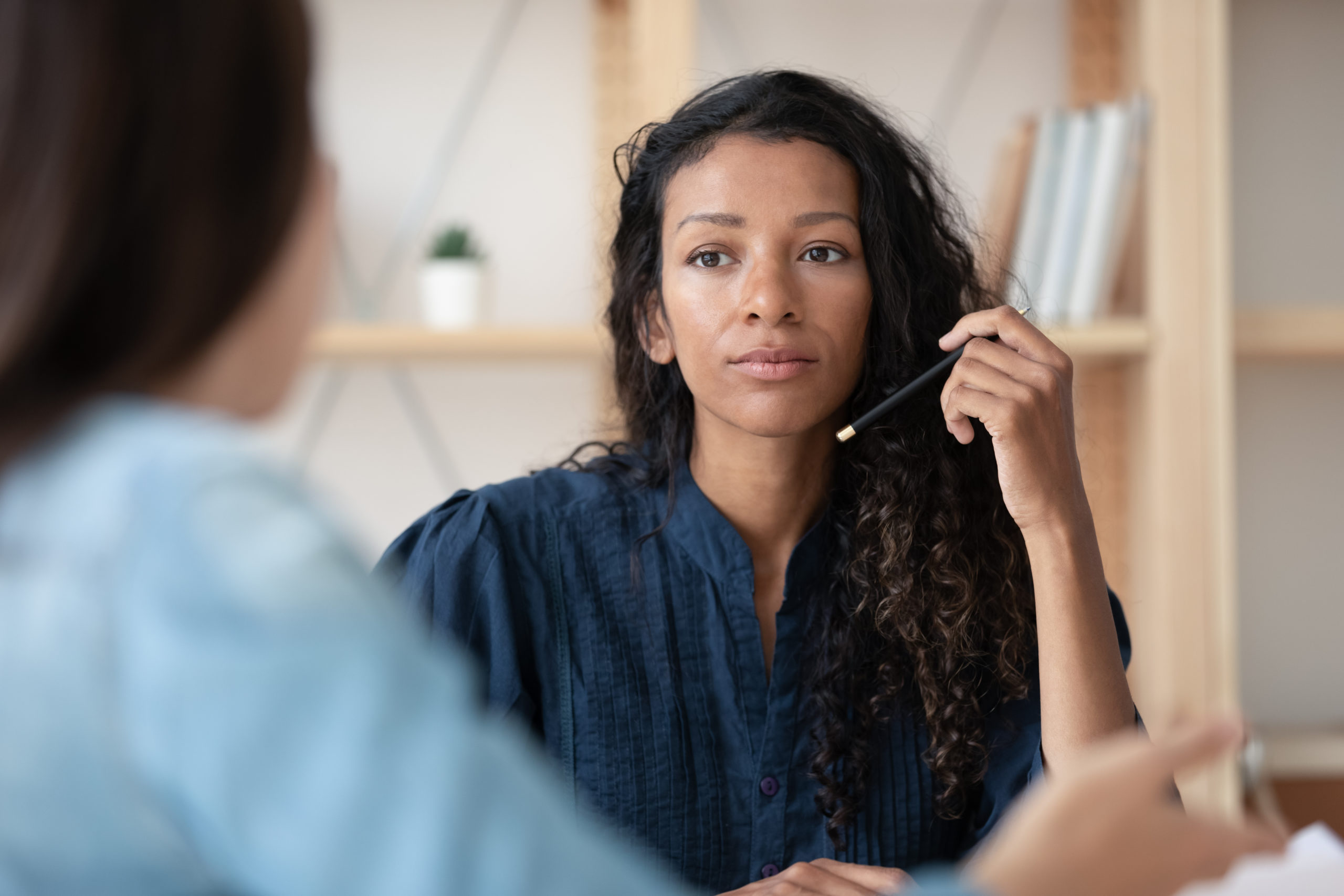 MLT’s new Voices from the Workplace initiative features an eye-opening collection of personal stories told by hundreds of MLT alumni about their encounters with racism at work. Their comments were gathered as part of a new MLT research study that documented the prevalence and types of racist attitudes, actions, and systems MLT’s alumni – all professionals of color – have experienced. The study also surveyed a national sample of white adults to compare their perceptions of racism at work to the lived experiences of MLT alumni.

The gap between white perception and minority experience is profound and contributes to a playing field that is persistently uneven. As John Rice, MLT’s CEO, noted in the first essay in this series, “Nearly all MLT respondents – 95% – said that they have experienced racism in their current and past workplaces. Yet only two-thirds of white respondents in a national sample perceive racism in their workplaces.” More than one in four white respondents do not believe racism occurs in the workplace.

MLT’s alumni stories underscore the heavy toll that workplace racism takes on the psychological, emotional, and professional well-being of people of color. Relative to their white peers, MLT respondents carry disproportionate burdens. Seventy-eight percent of MLT alumni felt they faced greater scrutiny or requirements in comparison to white colleagues, and 68% felt their mistakes will reflect negatively on other people of color in their organizations.

Feeling that you are always under the microscope, or that any mistake you make will have harmful repercussions for others like you takes its toll. White people enjoy the luxury of not having to worry about such things; they can devote all their bandwidth to doing the best job they can.

“I was confident that completing my MBA at a selective institution would provide a level of credibility…that would allow my work to speak for itself. I even went the extra mile to complete two masters programs. Unfortunately, the degree and my competency is not enough to prevent me being second-guessed and even disregarded.”

“I am starting to believe that realizing the full value of my MBA is not possible given my background as a first-gen Latinx. I put on a good face and keep trying, but I am not getting anywhere.”

These perspectives from MLT alumni, who have secured top credentials and high-trajectory careers, demonstrate that every day, talented people of color are subject to relentless pressures, including a steady drip-drip-drip of implicit and overt biases. 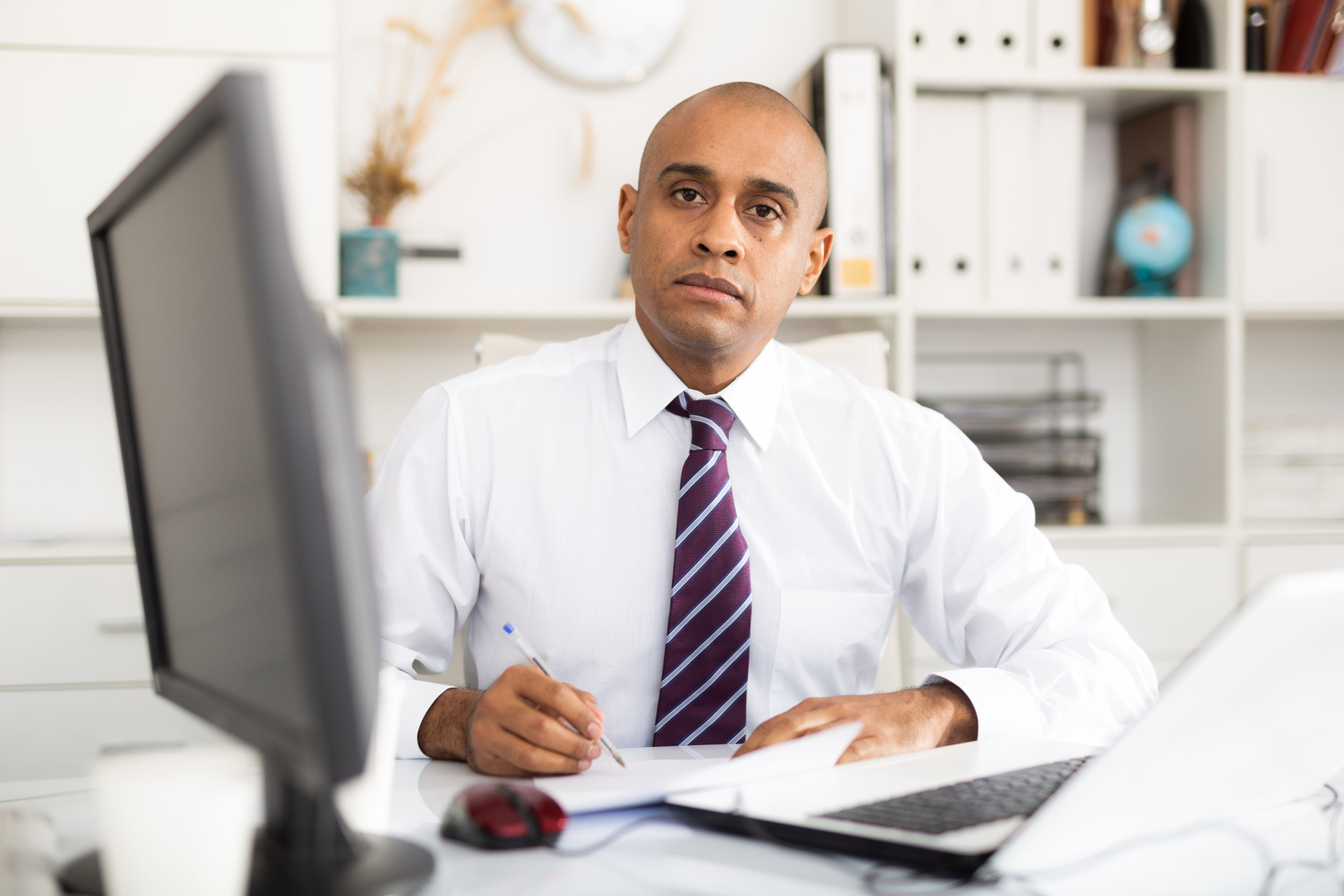 No matter what they do, or how well they do it, or how hard they try, they are made to feel that they do not belong in their workplaces. Two-thirds of the respondents said they had difficulty finding mentors or sponsors, so their stress is only compounded by having to navigate their career paths and organizational cultures on their own.

“Even if I made a connection with someone, a white counterpart always seemed to make a stronger more natural connection that outshined mine. It was like I was always two steps behind, even though I was just as or even more capable than them. Eventually I just got tired of trying to catch up.”

“Investment banking is a pretty bespoke apprenticeship business [where] a lot of opportunities at winning deals are predicated on personal networks which tend to be fairly homogenous. White managers need to be conscious of the environments they’re fostering so Black employees feel like that have a fair shake.”

“There are a lot of certifications and degrees we are pushed to achieve, however the reality is that those achievements don’t erase the bias.”

That bias often shows up when people of color are labeled as not being the right “culture fit” for an organization. Recruitment, retention, advancement, and engagement suffer. This nebulous constraint, cultural fit, is used to keep talented people of color from getting in or getting ahead in many organizations. Since most workplaces reflect a majority that is traditionally white and male, it is little wonder that people of color are marginalized, penalized, and seen as a threat to that status quo.

I have an MBA, but I feel my white co-workers get more credit for having shared experiences (e.g. backgrounds, hobbies, etc.) with various members of the leadership team.”

As a mid-level manager privy to hiring and promotion discussions, it is disappointing and disheartening to see how the racism and biases persistent in line managers continue to cause orgs to pass over highly capable and credible Black talent due to the ever pervasive concern of ‘culture fit’ or critique of ‘personality.’”

When discussing with other managers the performance rating for a black person on my team, other managers pushed back on his above-average rating. He had done extraordinary work that cycle but they cited only vague discomfort and non-specific feedback. It became clear to me that their hesitation was less about his actual performance and more about his personality and style. He didn’t embody the unspoken cultural and communications norms of the org, which is why he was even more valuable from my perspective. However, it seemed like he was simply ‘too Black’ for them.” 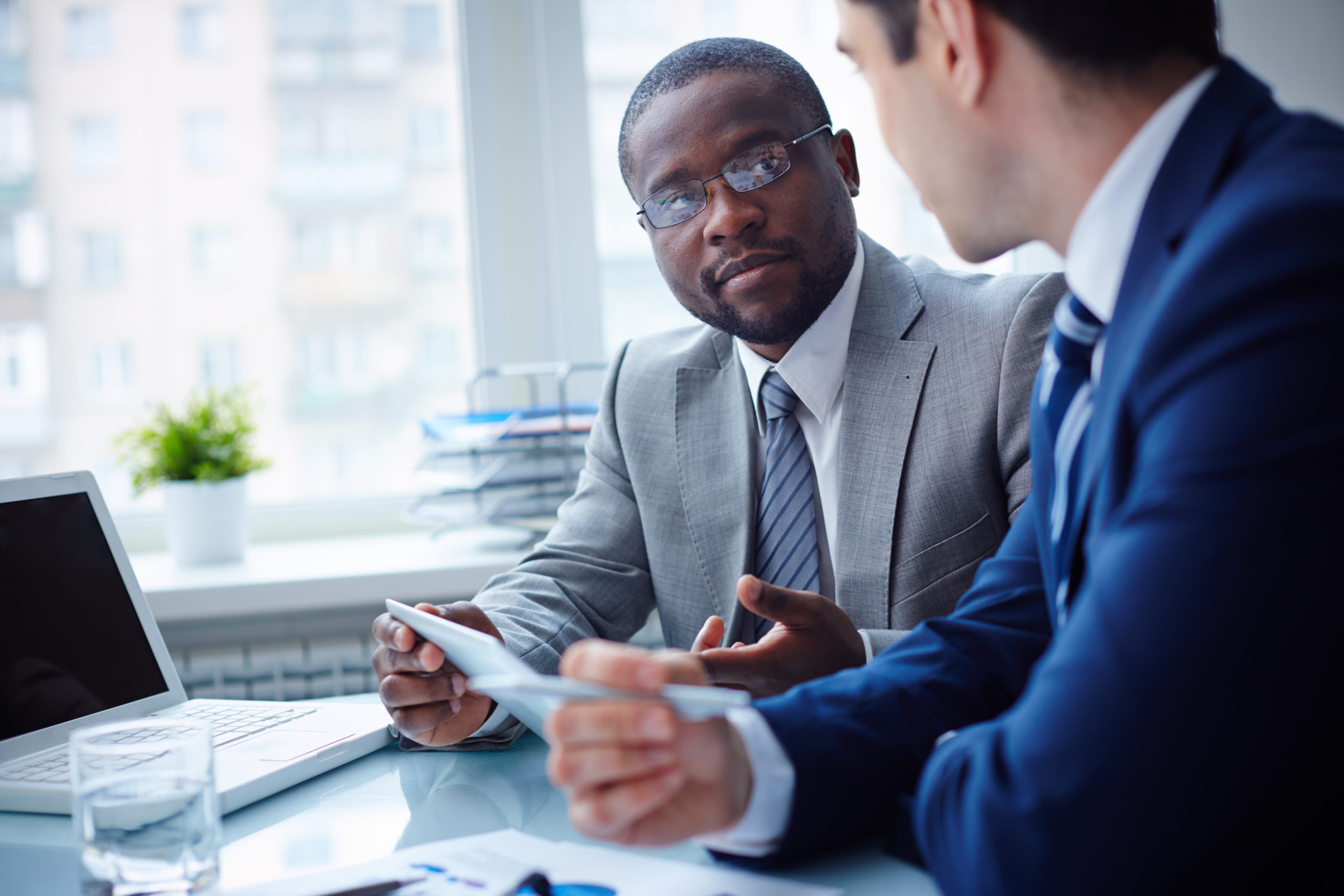 The biases perpetuating a homogenous, white culture are found in the unspoken rules about organizational culture and advancement. They are especially difficult to decipher and navigate in the absence of mentors or sponsors.

I often struggle to socially connect with the culture, which is typically oriented towards white males. Even now, I have an MBA from a top school, but still feel like I have to figure out my next path on my own. I have to navigate those paths more independently.”

In addition, many MLT alumni – 41% –  have endured explicit, implicit, and systemic biases that come with being seen by white leaders and peers as a “diversity” hire, someone who only got to where they are because of what is considered a lower bar for affirmative action. Despite their outstanding academic and professional achievements, MLT alumni are routinely denigrated and diminished:

I graduated with an engineering degree in three years, and people still told me I got hired because of “quotas” or affirmative action, as if to invalidate my capabilities.”

I graduated from an Ivy Plus school and was told by a white colleague that I only got into the school because I was black. The colleague then bragged about their SAT score and implied that my score was lower. Instead of telling them that I beat it by 100 points, I walked away.”

I have had peers indicate that any opportunity, special project, or promotion was only earned because of my being Black, needing to fill a quota. I thought getting good grades would silence the affirmative action talk in undergrad. That turned out to be a lie.”

Given the myriad of pressures and prejudices MLT alumni have experienced in their workplaces, it is not surprising that 66% said that their overall experience was negatively impacted by their race, or that racism is the reason 35% have thought about changing their career paths, and 31% have considered leaving their organizations. These statistics reflect reasonable and necessary forms of self-awareness, self-care, and self-preservation.

There is some encouraging news, though, as other essays in this series have pointed out, in that 63% of MLT respondents said their company has taken positive steps to address racism in the workplace. 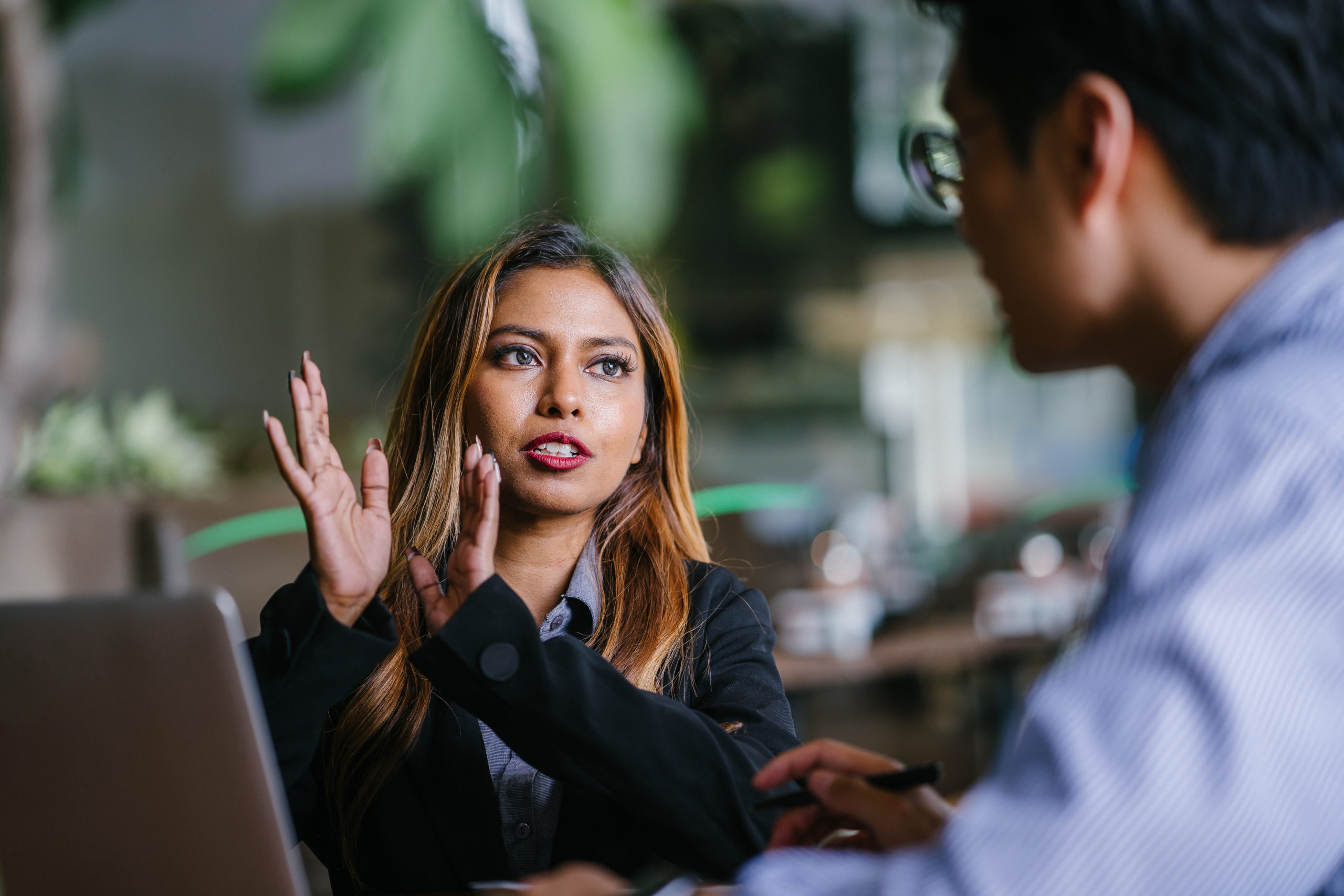 More companies are recognizing the bias and limitations inherent in “culture fit” and adopting recruitment and retention practices more aligned with what Lisa Lee, VP of Global Culture and Belonging at DoorDash refers to as “culture add.”

She wrote on LinkedIn about the importance of looking for “culture add” in candidates who bring “new and unique skills and viewpoints that don’t already exist at the company. ‘Culture add’ means shaping the culture rather than fitting into it.”

In order to end racism at work, white leaders and peers must become more attuned to what constitutes racist attitudes, actions, and patterns, from the overt to the insidious. We need to develop more empathetic workplaces and cultures in which white leaders and colleagues can acknowledge that even if someone’s experience is different from theirs, that does not make it any less valid or real, or painful.

MLT’s alumni speak hard truths about the state of racism in our workplaces. By listening to their voices, and learning from their experiences through Voices from the Workplace, we can raise awareness and break through the denial that allows racism to pervade even our most revered institutions.

Together we can bring about more equitable organizations, where people of color can reach their full potential and thrive.

Read more MLT Alumni stories at Voices from the Workplace.

Read next: Going It Alone: The Burden of Being the “Only” or One of a Few