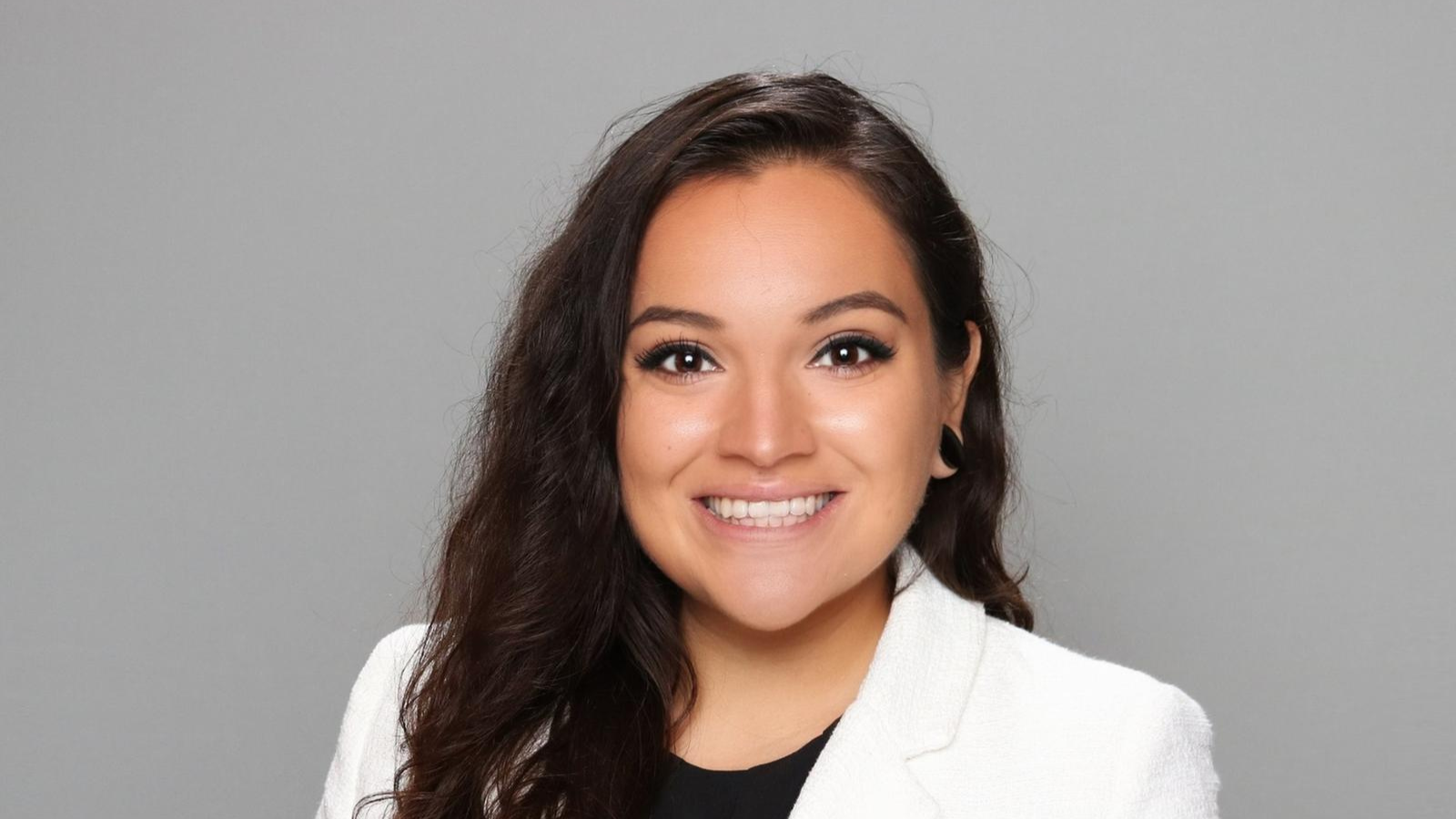 Kendra Crook has more than 15 years of experience as a coach for Management Leadership for Tomorrow’s (MLT) MBA Prep program. Throughout her tenure, she has worked with an expansive number of Fellows applying to business schools.

Of those Fellows is Neimy Escobar, who knows all too well the power of having an MBA Prep coach. The 2020 MLT Alum graduated from Columbia Business School in May 2022. She’s currently a senior financial analyst at Amazon Web Services.

Kendra and Neimy sat down to reflect on Neimy’s path to MBA admission status. The following interview captures her insight into what the process was like with “Coach Kendra” by her side.

Kendra Crook: Thanks for joining me today to talk about your experience. Let’s start with your introduction to MLT. Remembering all the years before 2022, how did you find out about MLT and MBA Prep?

Neimy Escobar: It’s funny thinking about it. I went to an MBA info session in early 2018. It was me and a bunch of college seniors who were already applying for the deferred MBA programs. I happened to be in the area so I visited Stanford’s Graduate School of Business.

There, I realized a lot of people had already taken the GMAT. They were sharing their high scores and it was really, really intimidating. I was like, “There’s no way.”

I ended up talking to the counselor who was there. I shared that I was a humanities undergrad and I hadn’t taken the GMAT yet. I also shared my GPA and target schools. He chuckled a bit and said, “It’s going to be hard by yourself, but there’s this great organization called MLT that supports minority applicants. Maybe that’s something that could really help you structure your narrative and figure out what schools you want to go to.”

I looked up MLT and connected with someone who was currently participating in MBA Prep. She told me even more about the program and I was pretty much sold from then on.

So we have Stanford to thank for you. Well, thank you very much, Stanford. I love that. You mentioned that the students were mostly college seniors applying, but you had obviously graduated and were working. Where were you in your career and why did an MBA factor in so strongly?

At that point, I had been working for about two and a half years full-time. I had moved to Brazil for my most recent role. There were two factors that really played into why I wanted an MBA at that time.

First, I knew I wanted to pursue a graduate program, but I wasn’t sure what kind. I was placed on a team at work that had two MBAs on it; I was the third person. I thought the skills these other two brought in- project management, strategic thinking, and codifying frameworks- were helpful to our team. They really exemplified to me what a leadership trajectory could be. Observing their experiences, I said, “I think this is it. I think this is the graduate degree I want to pursue.”

I knew it was going to take me at least a year to apply and then start in the following year, so it was a longer term plan. That coincided with me wanting to reintegrate myself into the US job market as I would’ve been abroad for four years by the time I started my MBA.

I was working in social impact, so I also didn’t want to box myself in. That was the second big motivating factor. I wanted to transition into a different job market where I knew I could leverage my college contacts. Overall, I thought getting an MBA would be a wonderful way to create a new network specifically for career-driven growth. 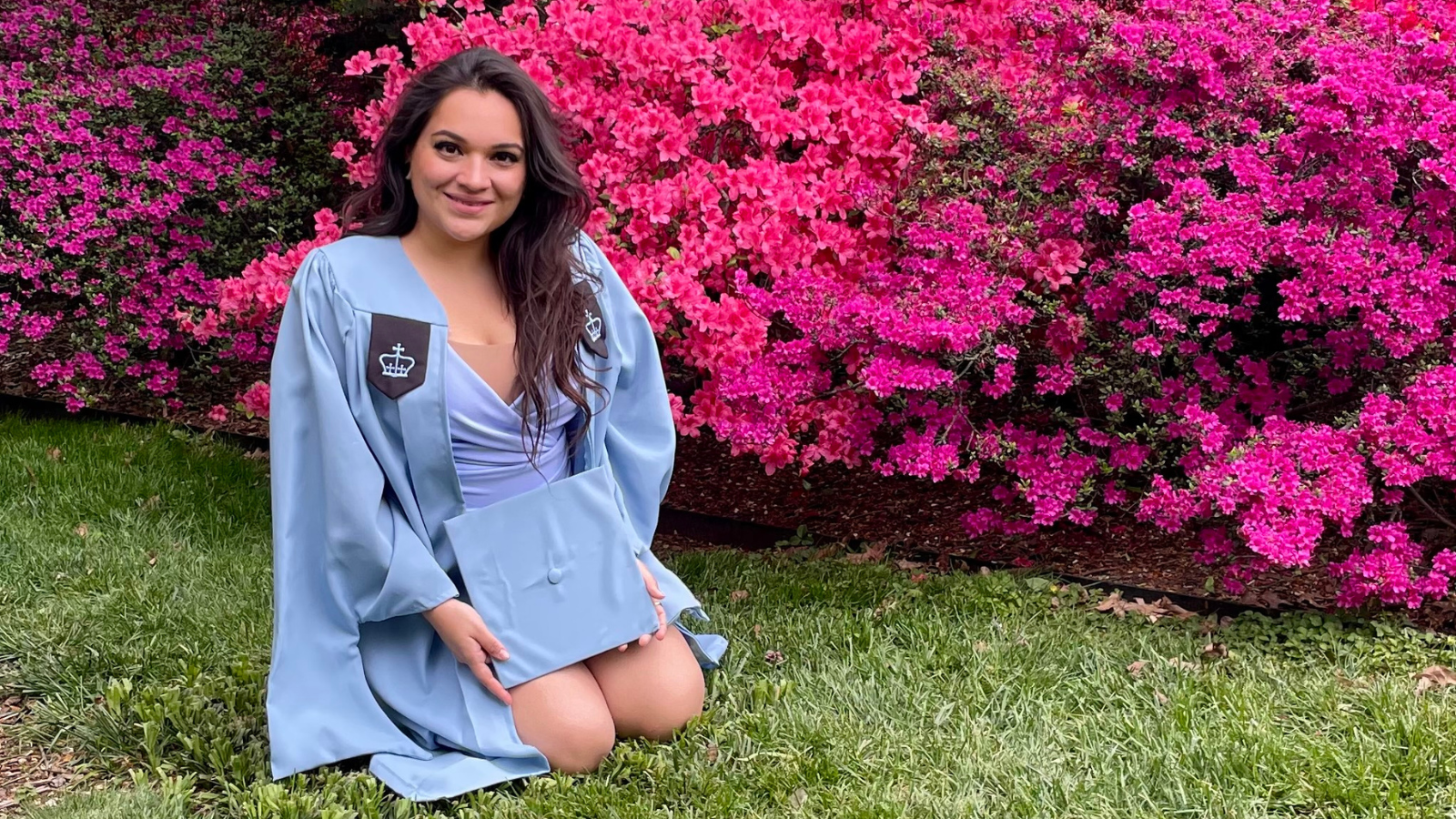 You applied with four years of work experience. That’s the perfect time- that’s the sweet spot. With four to five years of work experience, you are at that point in your career where it’s starting to either plateau a little bit or as you said, you realize you want to make a change. It’s also when business schools look at you and say, “Hey, this person can get placed. This is somebody who our corporate partners are going to be very excited about.” So it’s something I highly encourage. This timing is perfect.

Absolutely. I had just gotten promoted and started to manage larger projects and teams. At that point I thought, “Wow, this is great.” But I felt like I did need time, frameworks, and structures to really grow into that role. Plus, my next promotion wasn’t foreseen for another three to four years. So I did feel that, in order for me to pivot, transition industries, and grow in an accelerated way, that was the timing for me to also pursue an MBA.

I love it. I love it. So prior to MBA prep, had you been coached before?

Yes. My previous role did provide career coaching because I was in a rotational trainee program. It was a different kind of coaching [compared to MBA Prep] because there was a lot less writing involved and it was a lot less structured. It was very introspective in learning about leadership concepts rather than coaching to meet a goal.

Right. That leads me right into my next question. You alluded to the event you went to where you were like, “Wow, this is a lot.” And the admissions counselors said you need somebody to guide you. I often describe MBA Prep as teaching you about the process, and then the second part is coaching. How did the coaching relationship or dynamic help you find success and get to where you are now?

I remember I was really confident in a lot of my essays up to a point. I think that point was running out of people in my own network to bounce ideas off of, and getting the echo chamber of, “This looks great, this is you, you’re a great fit.”

What you did [as a Coach] was get us to ask an unbiased person to blind read essays. This feedback was the most helpful. It was some of the most productive feedback because I started to realize, “If you know me, then this reads in my voice and it adds a lot of value, but if you don’t know me, then this essay isn’t as compelling.” Being coached and having the additional network that the coach provided was really helpful.

Additionally, it made me more confident in the process. Having a coach allowed me to feel like the process was as exhausted as it could be. By the end of it, I got to the point of feeling like, “You know what? This is a great application. I am a great candidate, and if they don’t accept me, it just wasn’t a fit.” That was a huge takeaway that I wouldn’t have had, had I done the process by myself, because I think having the process alone adds a lot more weight.

Having access to a network of business schools and really being pushed to do things that were a little bit more out of my comfort zone also helped my confidence. For example, reaching out directly to admissions officers and sharing, “This is what I’m concerned about in my application, how should I frame it?” was a challenge. This push was an incentive we had through the coaching. The program was very clear and laid out. It took away that level of fear and anxiety for me because I had a goal to meet that week, and regardless of how it went, I was going to meet my goal. 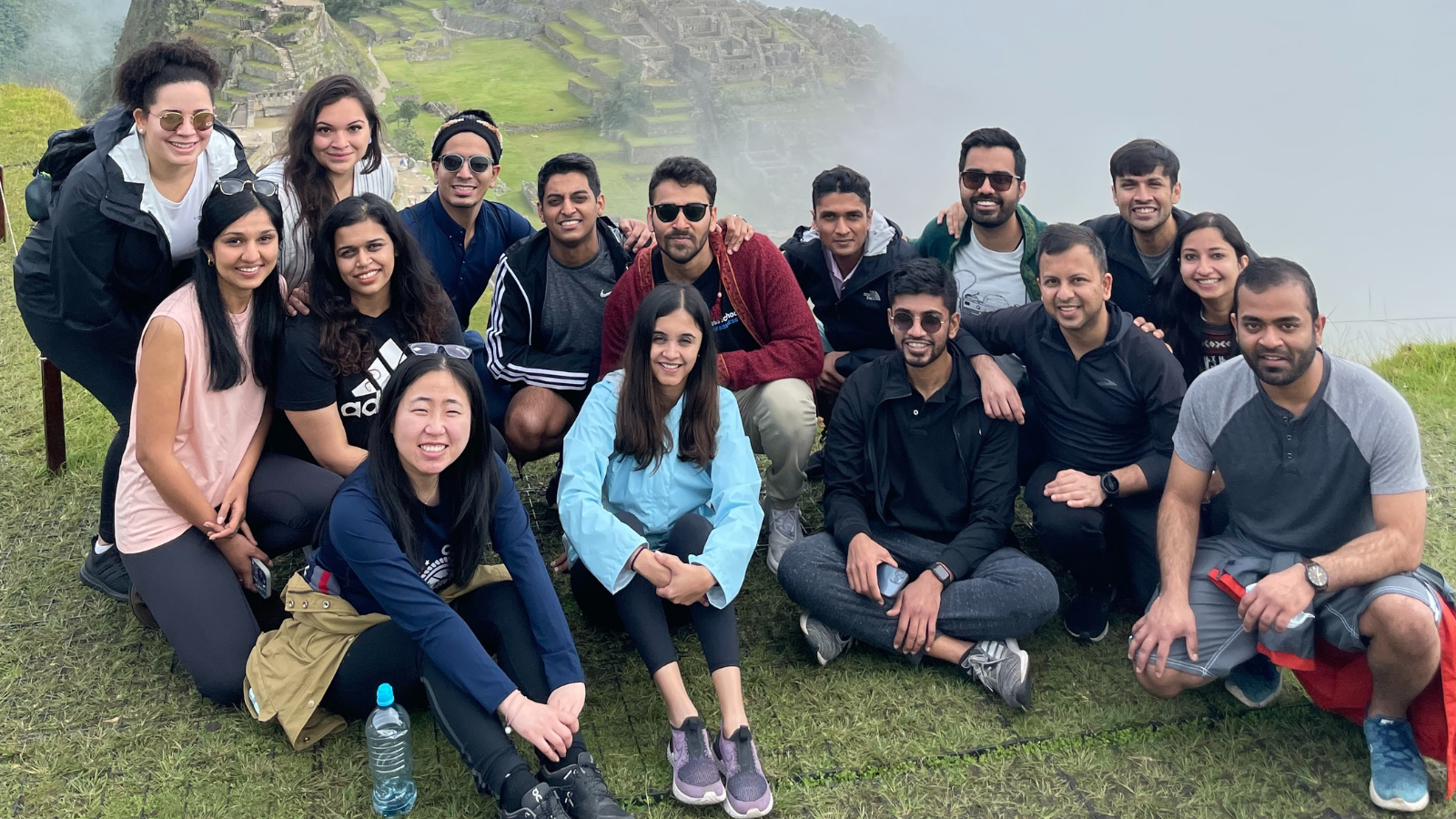 We’ve been talking about me as a coach, external resources, network at schools, etc. Can you talk a little bit about the coaching you received from other MBA Prep Fellows?

Absolutely. This also transcended even beyond the application process; during recruiting, I also really leveraged Fellows. I feel like it started in one of our [MBA Prep] seminars, honestly probably the first one. I vividly remember that we had to practice our pitch with other Fellows every month or so. That really helped because the act of repeating your own pitch makes you more comfortable with it. Every time I would get good feedback from my peers.

That continued even beyond MBA Prep. While I was recruiting in the fall for banking, I still reached out to a lot of my MBA Prep co-Fellows. We had already created a group for prospective investment bankers and we would cycle each other’s resumes and read each other’s essays for recruiting. I feel like that level of coaching and peer network continued after the MBA Prep program.

Now as I know you’ve just started your post-MBA career path, when you think about a couple of years down the road and promotions and the next moves, would you consider getting a coach again in a professional setting?

Absolutely. I almost think it’s a necessity, to be frank, because we always talk about mentors or sponsors. But there’s a lot of introspection that needs to happen before that.

I think having a professional development coach for my future career will help me identify that blueprint and apply it to my particular skill set. It’s something I look forward to a few years down the line.

I feel like everybody has a superpower and really your leadership stems from those superpowers. A coach can identify that and really train that muscle to help you achieve the full potential of that superpower. So that’s how I’m envisioning it.

MLT’s MBA Prep Program provides unparalleled access to one-on-one coaching from former admissions officers at top-tier business schools, along with a full array of resources and activities that will strengthen every aspect of your MBA application. Additionally, MLT’s network of MBA alumni is ready to share their insights and support you every step of the way. Learn more about MBA Prep today!