Buy a Business—Become a CEO: How Entrepreneurship through Acquisition Offers New Paths to the Top 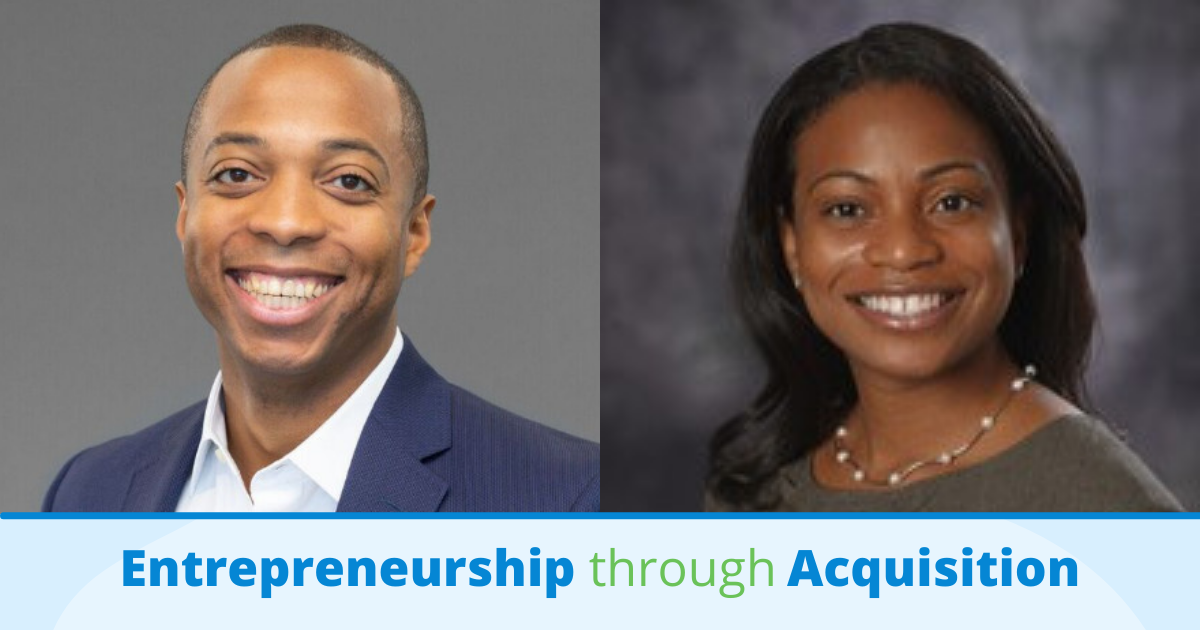 Entrepreneurship through Acquisition (EtA), has emerged as an attractive path to the top for aspiring CEOs who look to buy, run, and grow an existing small business. By foregoing the longer climb up the corporate ladder, or the higher risk inherent in getting a start-up off the ground, these entrepreneurs can make a bigger impact sooner and realize greater financial, professional, and personal gains by becoming owner/operators of a small business.

MLT alumnus Marques Torbert (Career Prep 2005) has been on both sides of the table—as CEO of Ametros, a small business whose value grew by more than 20x under his leadership—and now as co-founder of 5th Century Partners, a middle-market private equity firm that partners with founders and talented management teams by investing in businesses where diversity can be a value enhancer.

5th Century Partners is purpose-driven in that it seeks to positively impact those who have been historically underrepresented or underserved, while still pursuing commercial returns. 5th Century Partners is the largest institutional investor in Vital Care Industries, whose CEO Mia Jackson (MBA Prep 2009) shares her pursuit and passion for EtA after leading a search that ultimately resulted in the acquisition of Vital Care Industries.

From HBS Graduate to CEO in One Month 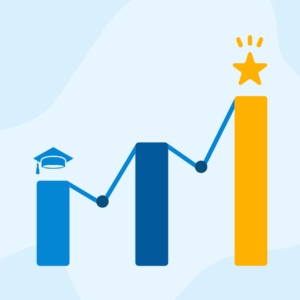 While a student at Harvard Business School, Marques Torbert maintained strong relationships with his prior colleagues at Clarion Capital Partners, LLC. One company in the private equity firm’s portfolio had not scaled as quickly as expected, but Torbert saw new opportunities to grow and scale the business. He “raised his hand” to run the company, developed a strategic plan, and went to former investors and colleagues who had confidence in him.

One month after graduation, Torbert became CEO of Ametros, a five-person company in the healthcare and insurance services space. Seven years later, the company employed more than 100 people, its value had multiplied by more than 20-fold, and Ametros and Torbert had received numerous awards for growth and innovation.

Although Torbert did not follow the Entrepreneurship through Acquisition (EtA) track to get to CEO—Ametros was initially backed by private equity, and he did not have to search for a company to acquire—he can relate to what EtA CEOs face in running small businesses. “I’ve been in their shoes,” says Torbert. They “have to be in the trenches. They must be ready to get their hands dirty and constantly have all hands on deck.”

Torbert’s first order of business was “getting the right people and supporting management team around the table, including someone who knew numbers and could help better understand the health of the business, and someone to entirely redefine and execute on a new business model,” which changed 180 degrees.

He cautions that going to a prestigious business school doesn’t mean that someone can just step into the CEO role. More than high-level PowerPoints and understanding the intricacies of supply chains, “human capital and leadership trumps all,” says Torbert. “Dealing with people is a big part of the business,” he adds, since many drawn to EtA “don’t realize how much time and attention people issues take within a company.” No matter how big or how small the business, recruiting, training, and retaining talent are key.

What it Takes to Succeed in EtA 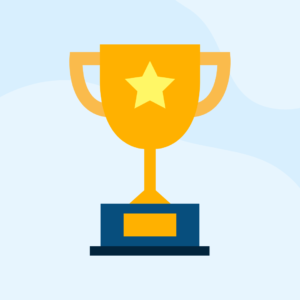 Torbert believes the EtA track may be better suited to people with a certain risk profile, who are willing to step outside the traditional paths. “People who’ve gone from investment banking and want a linear, risk-free path may not be right for this,” notes Torbert, “because you’re putting your career and network in the hands of this one business for reasons that may be out of your control.”

Torbert considers humility another essential quality for EtA small business owners. “If you think you’re the smartest person in the room, you will be surprised when you step into plumbing, or HVAC, or another type of business and need to ask for help,” he adds.

And then there’s leadership. “While you can have the best systems and tech to help you become efficient, what really scales is leadership,” says Torbert. He underscores the importance of long-term vision, strategic planning, and execution, noting the “added bonus is if you know the industry.”

Investing in an EtA Rising Star 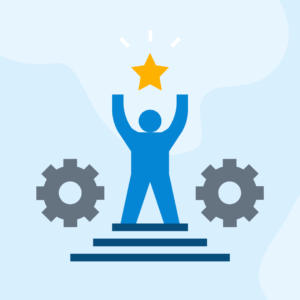 Torbert has since joined with MLT alumni Bruce Hampton (MBA Prep 2014) and Jessica Patton (MBA Prep 2017) to co-found 5th Century Partners, a private equity firm that invests in businesses where diversity can be harnessed to create outsized value and contribute to closing the wealth gap for those who have been historically underrepresented and underserved. When Torbert and his partners met MLT alumnus Mia Jackson (MBA Prep 2009), they quickly realized that she had all the right stuff to buy and run a business.

Jackson had spent two years searching for companies to buy with her cohort under  Broadtree Partners’ accelerator umbrella. Focused on micro-cap businesses in which the owners plan to transition out of their current roles, she homed in on a medical supplies and distribution company. She did extensive due diligence into the company, at the same time she was pursuing investors. She worked her network, and one introduction led to another and ultimately to 5th Century Partners.

While many pursuing EtA businesses are fresh out of business school, Torbert thought Jackson’s experience “would bode well for the company.” She had worked in consulting and understood supply chains, she had P&L responsibility in an actual company, she had engineering degrees, an MBA, and an affinity for healthcare services. “Mia is thoughtful, smart, and her work-ethic is undeniable,” said Torbert, adding that “You understood immediately that she was all in, and she was going to give this everything she had. Small companies take muscle and determination, and she has been able to power through.”

The company that Jackson wanted to acquire, Vital Care Industries, aligned well with 5th Century Partners’ investment criteria: a lower middle market company in two of their core investment sectors – healthcare and manufacturing, 30 years of revenue and performance data, an established customer base, and owners who were ready to move on. 5th Century Partners soon became the largest institutional investor in Vital Care Industries, with Jackson as CEO. Torbert serves on Vital Care’s Board of Directors.

When the Partnership Stars Align 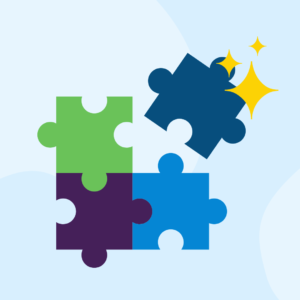 In 5th Century Partners, Jackson has found wise, pragmatic counselors whose values of community, wealth, and equity resonate deeply with her. She speaks about the importance of having a rapport with buyers and sellers and investors, “With Marques, Bruce and Jessica, we want each other to win. We are vested in each other’s success.”

Jackson is passionate about the EtA path and the potential for higher returns as an owner/operator. But “you must be prepared for it. If you haven’t managed people or done operations,” Jackson encourages people to get that experience first. Echoing Torbert, Jackson notes that “you can’t just see things through a spreadsheet. You will come in like a ‘bull in a china shop’ and miss the people issues.” She has had a smooth transition so far, due largely to her lengthy due diligence that familiarized her with the business and the people, prior to her purchase.

Both Jackson and Torbert speak about the emotional roller-coaster ride of EtA. Torbert notes that “at the end of the day, it can be a long trudge and lonely haul to find a business to buy.” Jackson, too, speaks of the ups and downs, where you might have a great conversation with a seller one week, only to find they aren’t returning phone calls the following week. “This process is one of the few where this isn’t about how smart you are,” she says.

“The accolades and credentials help, but going through a two-three year search has nothing to do with you as an individual.” EtA is like a puzzle where many pieces must come together, but Jackson encourages people to stay with it because with time, due diligence, and a bit of luck, it will come together.

“You’re the catalyst to take a business from one level to another. It’s an awesome investment as well as an opportunity for professional growth,” she says. Torbert agrees, noting the financial upside for many in the EtA model: “If things work out well, you can own 20-30% of the organization. That’s meaningful. That’s wealth creation.”

On Tuesday, August 3, 2021, at 5 p.m. ET, MLT will host a virtual panel discussion on Entrepreneurship through Acquisition, “Buy a Business. Become a CEO.” Moderated by Harvard Visiting Executive Jim Sharpe, the panel will demystify the EtA process, including the search for companies and funders, and what it takes to succeed. Marques Torbert will be among the panelists.

Melinda Halpert is a writer in Washington, D.C.  She served as Senior Marketing Advisor to MLT from 2015-2020.