Cole Brown is an MLT Career Prep alum and an associate at Boston Consulting Group. He recently released his first book, Greyboy: Finding Blackness in a White World, a memoir on his adolescence and young adulthood. In Greyboy, Cole guides us through a series of vignettes.  As an African American male living in a predominantly white neighborhood and attending mostly white schools, Cole examines the difficulties he faced with having to constantly navigate what sometimes seems to be two distinct worlds. He struggles to establish a real sense of belonging—a struggle many people of color face in school and in the workplace.

We meet classmates and friends, as they accompany Cole on his journey to understanding his Black identity. Many of the experiences Cole shared struck a nerve with us. We’ve excerpted a few of the particularly compelling quotes, and expounded on his thoughts. 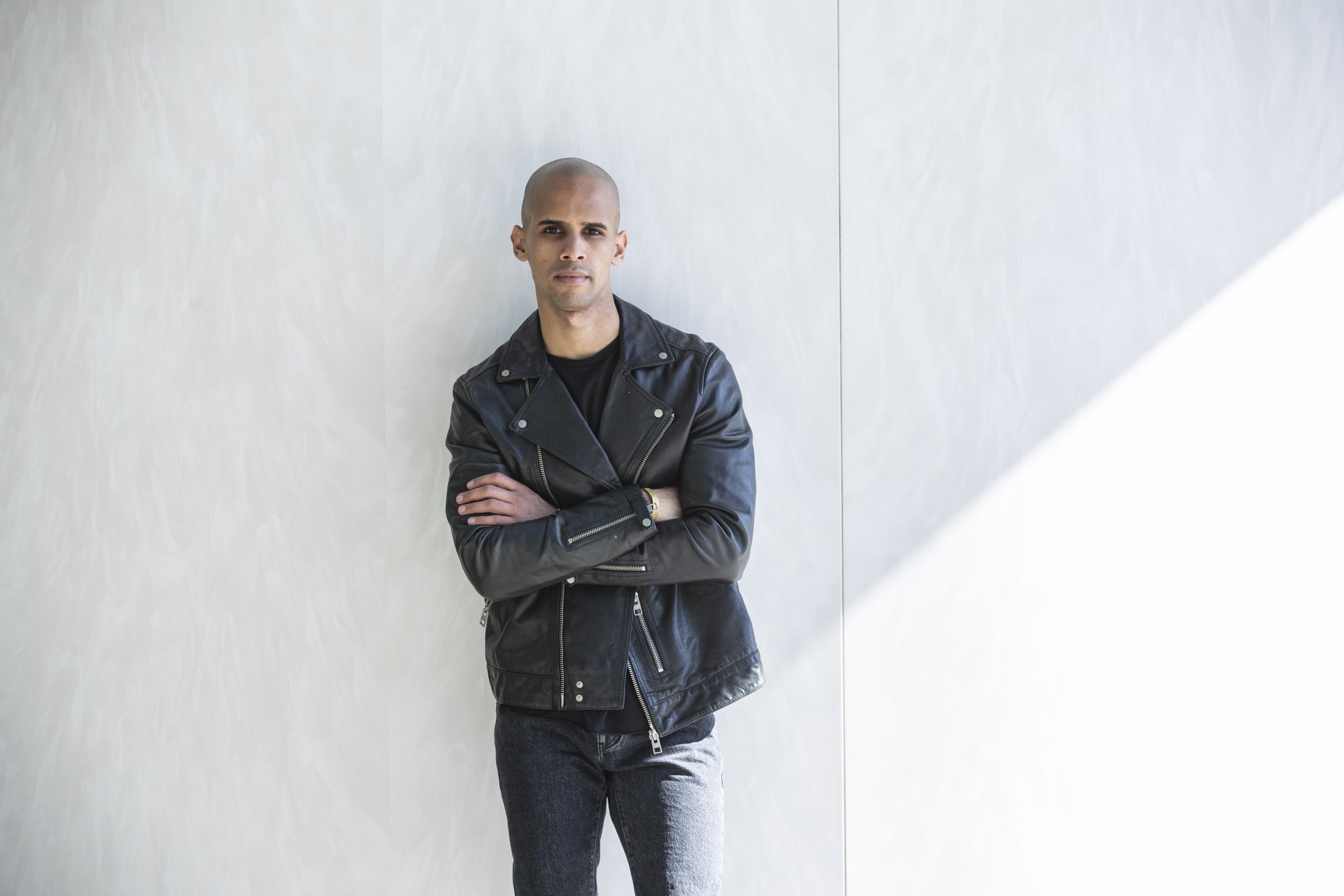 My white counterparts bestowed Not Really Black as a term of endearment, a service of sorts…I was to wear it around on my chest like a good Boy Scout and point to it when the uninformed claimed otherwise.

Born to an Ethiopian mother and a African American father who served as a Fortune 100 executive, Cole Brown grew up in Chestnut Hill, one of Philadelphia’s wealthiest suburbs. He occupied the intersection of race and class as one of what he calls a few “token” Black students at the schools he attended and for years struggled to establish a real sense of identity.

Early in his school career, Cole’s white peers labeled him as, “Not Really Black.” In their eyes, Cole’s socioeconomic status elevated him above the so-called “real” Black people. Cole explains that classmates believed the label to be “a term of endearment, a service of sorts. It was a stamp of approval, an acknowledgement of civility that was their birthright to bequeath. I was to wear it around on my chest like a good Boy Scout and point to it when the uninformed claimed otherwise.”

Each day, I arrived at some middle ground to stand on and added to my own brand of Black.

His conditional acceptance into the white circle of friends, Cole recalls, made his engagement with friends at The Black Table more complicated. He describes the lunchroom gatherings as “a haven for us few students of color to congregate in both solitariness and solidarity and receive a much-needed dose of similarity before braving the hallways once more.” Cole carefully notes that it was not, “the same shining beacon of escapism for all tokens.” He goes on to explain how  “It posed a difficult dilemma: whether or not to publicly embrace our racial identity.” That choice was one many young Black people, including Cole, were not prepared to make. He explains his own struggle when kids at The Black Table criticized him for “talking white”, which further contributed to his feelings of in-betweenness, his position as a greyboy. Eventually, Cole says, “Each day, I arrived at some middle ground to stand on and added to my own brand of Black.”

The reveal is a more sudden thing, a tidal wave of understanding. It is a bone-crackling crunch, proclaiming loudly that discrimination does not discriminate. 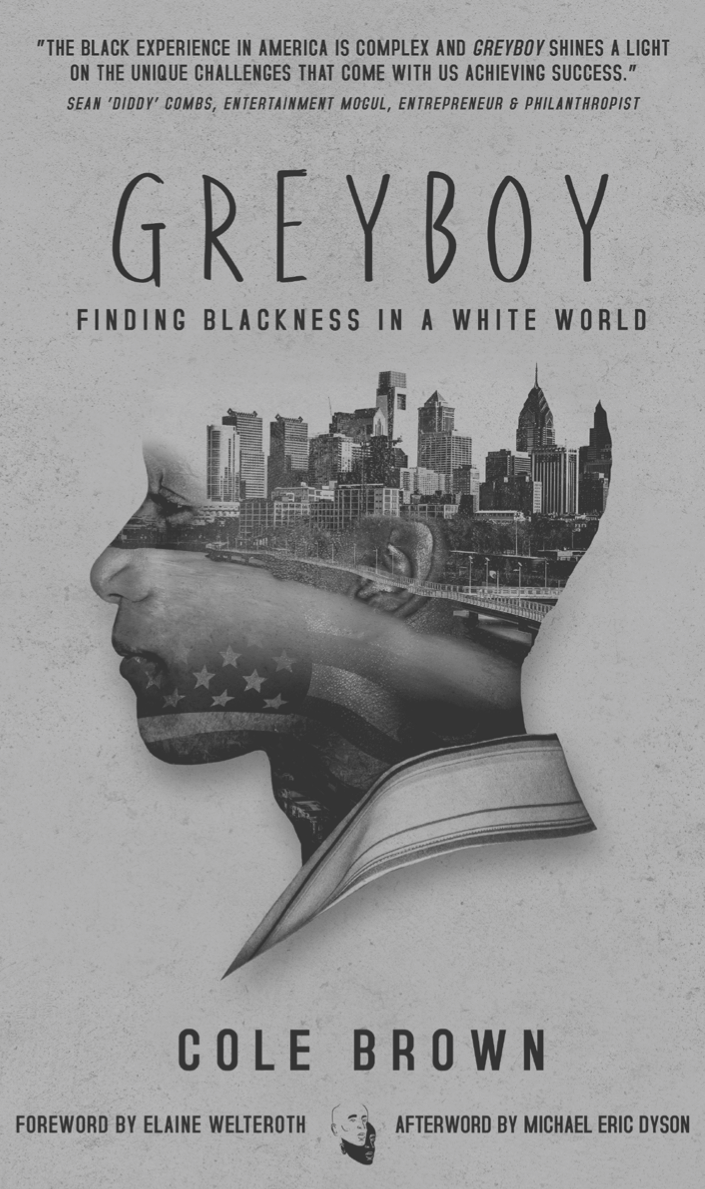 Greyboy: Finding Blackness in a White World features a foreword by the former editor-in-chief of Teen Vogue Elaine Welteroth and an afterword by author Michael Eric Dyson.

“The Reveal” is the chapter in which Cole identifies what he describes as a critical moment in his search for identity. During a soccer match at the opposing team’s field, Cole criticizes an aggressive foul against one of his teammates. The visceral racist response from a player on the rival team was to call Cole the N-word. It wasn’t the first time that Cole had been called that word, but he explains he was surprised by his particularly strong reaction to the insult at the soccer game. In the past, Cole says, he had dismissed the use of the word, chalking it up to ignorance. Somehow this time was different. This particular incident forced him to realize that bigotry, which he had previously conceptualized and made impersonal, now had a face and name. He explains, “The reveal is a more sudden thing, a tidal wave of understanding. It is a bone-crackling crunch, proclaiming loudly that discrimination does not discriminate.”

Despite all of it— the name-calling, the rejection, the conditional acceptance by peers—Cole eventually found what he calls his “own brand of Black.” It took a level of maturity that is not required or expected of white adolescents. Forced to be mature beyond his years, Cole notes, “I haven’t let this white world abase my Black. I’ve just refused to let it madden me. I’ve staked my peace within it, like a towel on a crowded beach. That, I’ve come to decide, is the most crucial freedom of all—peace in a place that conspires against your sanity.”

Greyboy: Finding Blackness in a White World will be released September 15, 2020. Copies are available for pre-order at your favorite bookstore.