Anddria Clack-Rogers Varnado reflects on how the lessons she learned about vulnerability and the close, collaborative community she gained from her MLT MBA Prep experience have been integral to her success.

Anddria Clack-Rogers Varnado is an MLT Alum, Harvard Business School graduate, and the powerhouse Head of Strategy behind Williams-Sonoma, Inc. With a stellar career path that includes Wall Street and consulting, Anddria now works at the intersection of tech and retail. She is credited with successfully leading the largest tech merger and acquisition in Williams-Sonoma history—$112 million— for digital imaging company Outward, Inc. She has also pioneered innovations in the customer shopping experience for Williams-Sonoma, Inc. subsidiaries Pottery Barn and West Elm.

Anddria says that MLT helped elevate her professional aspirations by putting her in the right place, and preparing her and other Fellows to be ready to seize opportunities.

Anddria remembers that MLT got personal from the start, with exercises designed to help Fellows get comfortable with vulnerability. She recalls one session, in particular. It was facilitated by MLT Founder & CEO John Rice, and focused on the power of telling your story. During that session, a young man who would later become one of Anddria’s close friends, spoke of personal hardships he had experienced while growing up in Philadelphia. “I don’t even think he intended to share as much as he did that day,” Anddria explained, “but MLT leads with authenticity and vulnerability. It was a ‘wow’ moment. I realized how diverse our group was outside of our ethnicities—there was a lot to learn from and a lot to share with each other.” Anddria says that stories like that of the young man from Philadelphia and others she later learned of were the kinds of stories that are most compelling and long-lasting. “Even in our careers,” she says, “When you think about the people you like to work with—they’re talented, strong and smart, but you often feel closest to people who share something personal about themselves, like how they’ve grown and where they’ve come from.” Anddria says that this learning—becoming comfortable enough with vulnerability to learn from it and use it as a strength—carries forward.

Lessons on vulnerability were plentiful at MLT, especially as Fellows navigated the business school application process. MLT Coaches pushed Fellows to dig deep and get personal as they wrote their applications. Fellows grew closer as they not only told their stories, but also had those stories rigorously critiqued and refined in the review process. “Everyone came back feeling a little dejected from the first round of feedback,” Anddria admitted, “But we knew our Coaches were so critical of us because they wanted us to be great.” The result wasn’t just better essays, it was the foundation for a strong community. “When everyone was commiserating, we realized that we were all getting not-so-great feedback and needed to improve,” Anddria continued. “If you were doing that in a bubble by yourself, it would feel very lonely and you’d take it personally. But doing it together and having study partners, people who were of like mind and in the same position at the same time, made it just a little bit easier to get through it all. We knew we weren’t alone and that there was a whole group of people taking time out of their lives to take on this path.”

This bond among Fellows laid the framework for the collaborative working style Anddria would adopt and take with her to Harvard Business School. At HBS, Anddria worked closely with two women she met through MLT to study, read cases, practice and prepare every single day. “They’re still my closest friends,” says Anddria, “and when I think about my personal and professional happiness, that sort of community made everything—especially when you have a lot going on in your life—a little more bearable.” 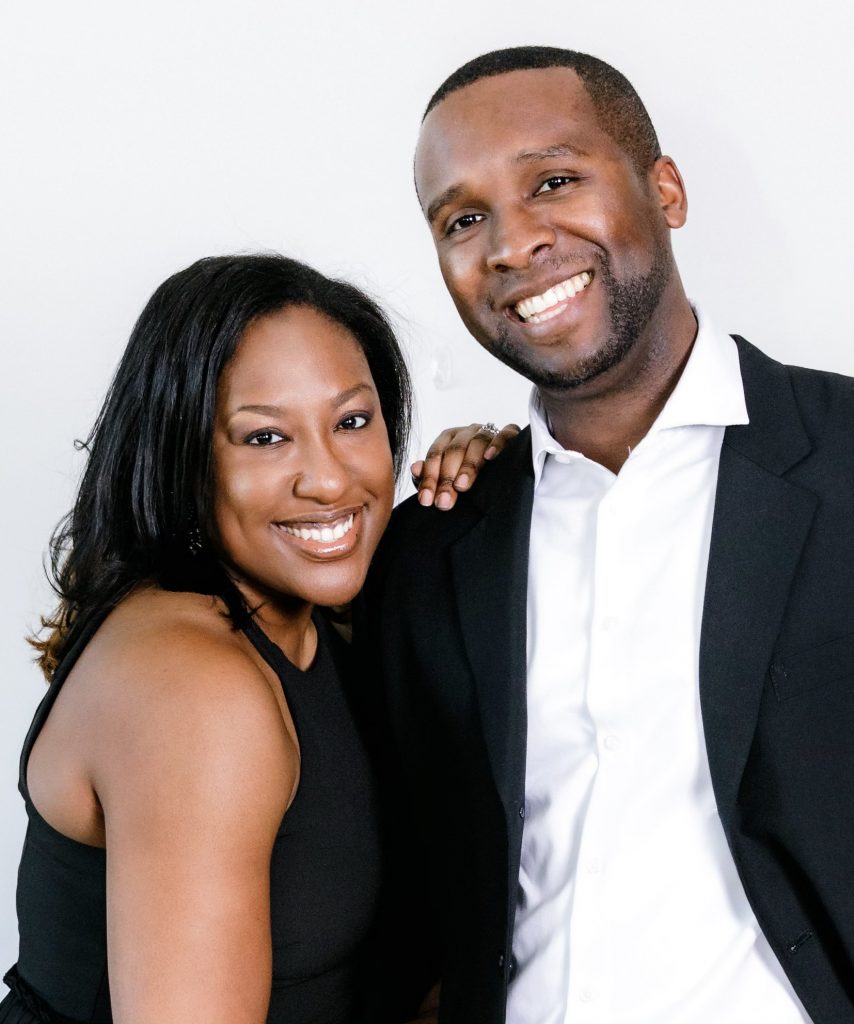 Anddria counts the community she gained through MLT as one of the greatest gifts she received from the program. “As a member of a minority group, having people from my own life experience there with me at MLT and then at HBS gave me a solid community and foundation. People from majority groups come in with a little more knowledge about how to navigate those spaces, so they don’t have a lot of the fears that we [minorities] might have. Coming in with community, confidence and structure, and knowing what to expect, laid the foundation for me to be able to perform individually, rather than having to build myself up to that stage.” Anddria adds that MLT gave her yet another extraordinary gift in the way of community: her husband Jerry. The two met in MBA Prep, maintained a long-distance relationship as they attended two different business schools, and were married in 2016.

Her MLT community made Anddria feel especially empowered and secure throughout the transition to business school. “I had more confidence when I walked into a room because I knew that there were resources and a support system behind me,” she shared. “There has never been a point in my career where I felt like I couldn’t go back to my MLT community to ask for or learn something. And because it’s MLT, most people are always willing to take your call.”  That support is what motivates Anddria to always take the call as well. “I go to every MLT event that I can because it’s not about a transaction,” she explains. “It’s about being there so that when someone needs you, you are there, and vice versa.”

Anddria is encouraged by the bonds that spring up, sometimes unexpectedly, between people. “When I see people sharing, being vulnerable and creating authentic relationships in those moments, it reminds me that we’re all a community. It’s not necessarily all about the work or your accomplishments; it’s about us, as people, and the impact that we’re having by living a fulfilled life. Connecting with people in a really human way gives me hope.”

Anddria says that MLT helped reframe the way she thinks about diversity in the workplace by modeling engagement at every step of a Fellow’s career. “Let’s be honest,” Anddria says. “Making tradeoffs is a privilege that most people don’t have. We [minorities] tend to get so focused on ‘just getting there’  that we don’t think about tradeoffs.” She says that thanks in large part to the guidance of MLT, she made her own tradeoffs “with eyes wide open.” Now, when Anddria is approached for advice, she’s adamantly transparent about the potential consequences of certain career decisions. “For me it’s about the real deal,” she says. “If you’ve never been in consulting or investment banking, you need someone to give you a real perspective, even if it’s a negative one, so you can make an informed decision about the tradeoffs you’re making. You have to know what to expect so you can plan your life.”

What advice does Anddria offer to young women of color trying to make it in business? First, “It’s great to have ambition, but do what you’re doing because you want to.” She underscores the need to identify your unique interests, jobs and skills, and the need to pursue opportunities that fit, saying “Find your sandbox and rule it.”

Second, “Find your balance. Be focused on your career and give it the attention it deserves, but take your downtime when you can and fully give to your friends, family, and partner,” she says, adding that, “In the end, when we look back, those are the things that will please us most.”

We asked Anddria to share a favorite song, book or movie with us. Her favorite song is a gospel song by Donald Lawrence and the Tri-City Singers entitled “Encourage Yourself.” “Sometimes in these advanced situations, you’re ‘the only one’ or you’ve never been in that situation before,” she shared, “And everyone, no matter what color you are, can relate to the experience of doing something for the first time, and not always being sure about it. I’m fortunate to have a great community that supports and surrounds me, but they can’t always be there. So sometimes you have to encourage yourself, hype your own self up, and get yourself ready for the day. That song reminds me to have the grit that I need to get it done.”