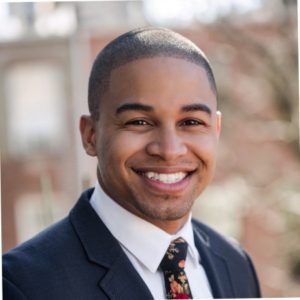 Ricardo Sutherland (MIT Sloan ‘19) says that when he was younger, he wanted to be P. Diddy. He was always fascinated by music and entertainment and he knew he wanted to pursue a career in that space. While most of his friends were following a more traditional route after college, Ricardo moved to New York and landed a position at HumbleRIOT, a startup that specializes in music curation, cultural programming, and social impact. He and his colleagues managed talented artists and helped brands integrate music into their marketing strategies. Ricardo says he pivoted from a purely musical focus when he realized that he most enjoyed the branding aspect of his work. Now, he’s leveraging the strategic thinking skills he gained from guiding entertainers’ careers to forge a path for himself in tech. “It’s interesting how tech is touching everything these days, including music,” he says. He’s secured a job with Google and plans to explore the ways that music companies are disrupting conventional spaces.

Ricardo acknowledges that MBAs aren’t very common in the media and entertainment industries. “Most of the people in those industries are ‘lifers’ —people who have been there since they were 18 or 19 years old—or people with law backgrounds who understand contracts like the back of their hand,” he says. “But with the rise of data and the way a lot of these industries are being disrupted, music and media are ripe with opportunity for people with business backgrounds—people who can think strategically about changing trends and help companies find opportunities where they may not have looked otherwise.”

Ricardo’s advice for others interested in pursuing a similar career is to accept that the path is not conventional. “It doesn’t work like a traditional recruiting path,” he says. “It’s more about establishing the relationships that get you in the door. You have to be scrappy, knock on doors, get to know people and build relationships. That’s where it starts and ends in this industry.”

While the need to be scrappy was a major takeaway from his MLT journey, Ricardo says it’s the MLT community that means the most to him. “I always wanted to have a sense of family here since my family is from Colombia,” he shared. His parents have always been supportive of what he calls his “crazy journey”, and he draws inspiration from his "two brilliant sisters." He recognized a need to find similar support outside of his household. “MLT was one of the first times I really felt that familial bond with a community in that way.” Ricardo says he’d never seen an organization able to attract such a high-caliber group before MLT. “It was a once-in-a-lifetime, really unique thing, and I thought, ‘I have to be part of this.’”

The familial bond at MLT is hard to explain. There are all these people of color who see you in these spaces, and want to help.

From his very first MLT seminar, Ricardo sensed that he was part of an exceptionally strong community. That sentiment was affirmed as he started activating his new network. “They were all very responsive at every stage, from grad school applications, to seminars, to job searches, and at the corporate level as well,” he said. “The familial bond at MLT is hard to explain. There are all these people of color who see you in these spaces, and want to help.” He says Rising Leaders are so vested in giving back because they have a deep understanding of how much the network has helped each one of them. “You can’t put a price tag on it,” he says. “I felt so awesome and at home, knowing that I had brothers and sisters from MLT who were going to be at my institution and would help me at the drop of a dime.”

When he arrived at MIT Sloan and decided to run for representative of his cohort, Ricardo was happy to find five or six other MLT Fellows serving on the student senate. “We were all working on things separately within the student government,” he recalls, “but ultimately we had similar pain and passion points. We all wanted to help with diversity.” Since he grew up in a diverse community with people of varying identities and socioeconomic backgrounds, Ricardo was a natural, master networker who could easily connect and empathize with people at MIT. His MBA Professional Development Coach, Beena Kavalam, says it was no surprise that Ricardo was elected to lead as president, given his emotional intelligence, humility, and passion for learning. “I realized I had all these unique experiences with people from different communities, and I felt a responsibility to be a representative for all of them,” said Ricardo.

As student body president, Ricardo worked with the senate to make Sloan more inclusive and welcoming for underrepresented minorities. “Sometimes, we don’t see these highly-ranked institutions as places where we can feel at home or feel that we belong,” he said. “I felt that if I could become a leader at my school, get active in diversity events, and showcase that involvement, then other individuals would start to feel like they belong at a place like MIT, too.”

Sean Heywood
What John and the MLT team did quite well was significantly increase the probability that I would actu...