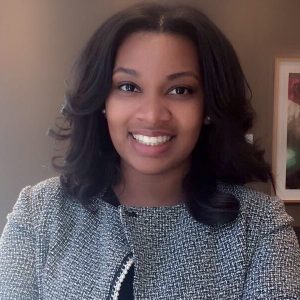 Chanel Alexander is one of several MLT Rising Leaders who served as president of their respective business schools in 2019. An MBA Prep and MBA Professional Development Fellow, Chanel talks about the importance of exposure, activating your network, and believing in your own magic.

When Chanel Alexander was young, her parents encouraged her to be a doctor or lawyer when she grew up. She was a first-generation college student until her mother went back to school to finish her degree. Both of her parents remained with their first employers for most of their careers, and the career advice they gave Chanel reflected that. “Their idea, and everything they taught me,” says Chanel, “was that I should find a decent company that would pay me well, stay there forever, and ride that wave. Good advice, but times have changed.”

In search of the security her parents wanted for her, Chanel aimed her pursuits at a career in finance. After graduating from Temple University, she landed a job at JP Morgan and thought she’d continue working and advancing there until she felt ready to become CEO of a financial institution. In her words, “Boy, has that changed.”

After five years at JP Morgan, Chanel realized her future did not include making lateral moves within the bank, nor did she want to move into her manager’s job. She wanted to try something different. “But when I looked up from my desk,” she recalled, “I saw that my entire network was in the banking and financial services world. If I wanted to make a jump to marketing, tech, or real estate, I didn’t even have a pathway to do that.” For Chanel, business school was both an opportunity to learn new skills and a platform to broaden her network. When she started talking to colleagues in the finance industry about getting her MBA, she was repeatedly told, “You absolutely have to do MLT.”

Your network is that trampoline that’s going to propel you to reach the highest heights.

Chanel says she wishes she’d learned about MLT early enough to participate in the undergraduate Career Prep program, but was happy to take part in both MBA Prep and MBA Professional Development. MBA Prep gave Chanel a network of dedicated coaches and supportive peers willing to help her craft applications, while MBA Professional Development connected her to the people and firms she’d want to work with after b-school. Chanel says even more importantly, MLT helped clarify her personal vision.

Through MLT, Chanel completed an assessment that surveyed her strengths and interests and then suggested industries she might consider exploring. The test identified real estate, marketing, tech, and sales as Chanel’s “top industries,” so that’s where her explorations began. “With the MLT network, I had access to companies and people within those industries who could look at my resume and tell me whether or not I’d be a good fit,” she explained. “MLT helped me get actual data and a qualitative view on the direction of my career.”

MLT also taught Chanel the importance of “looking up” and activating her network. “Before, I tried to do everything on my own,” she says. “I would think, ‘I’m going to submit these applications and they’ll see how great my resume is and how hard I work.’ But really, your network is that trampoline that’s going to propel you to reach the highest heights.”

A self-proclaimed “worker bee,” Chanel had to learn to resist the natural tendency to keep her head down with tunnel-vision focus and just get the job done. MLT pushed her to excel in areas outside of her work performance to become a well-rounded career professional. Chanel says that MLT’s message was clear: “Yes, doing your job is great, but it’s table stakes. You can also be involved in your company’s recruiting efforts, help bring other minorities in, strengthen your network, and actively work on your professional development. People are doing all these things plus their jobs and that should be recognized and celebrated.”

That message was driven home by Chanel’s MBA Prep Coach, Holly Jackson, who sent an email that wound up having a huge impact on Chanel and many of her peers. “I don’t know what prompted Coach Jackson to send that email, but I absolutely needed to read those words at that time,” said Chanel. The subject of the email was “Don’t Waste Your Magic.” In the email, Coach Jackson wrote something along these lines: “You are all good at your jobs, all excellent in the classroom, and you’ve all shown a track record of academic and professional achievement. Now you’re going into spaces where you’re going to think you’re just like everyone else because everyone has the strong GMAT scores and the impressive work history. But your magic is that you are individuals. There are interesting things about you and you are members of teams with special abilities. Find your secret sauce—the magic about you—and show that to people. Don’t just put your head down and work. Don’t hide your magic and don’t be too shy to share your gifts.”

Chanel lives her life by this creed. “I’ve tried to incorporate that email—Don’t Waste Your Magic—into my life. There is something special and magical about me, and it may not be the same as your magic,” she says. “But I need to work with it and show it to people as often as I can.” 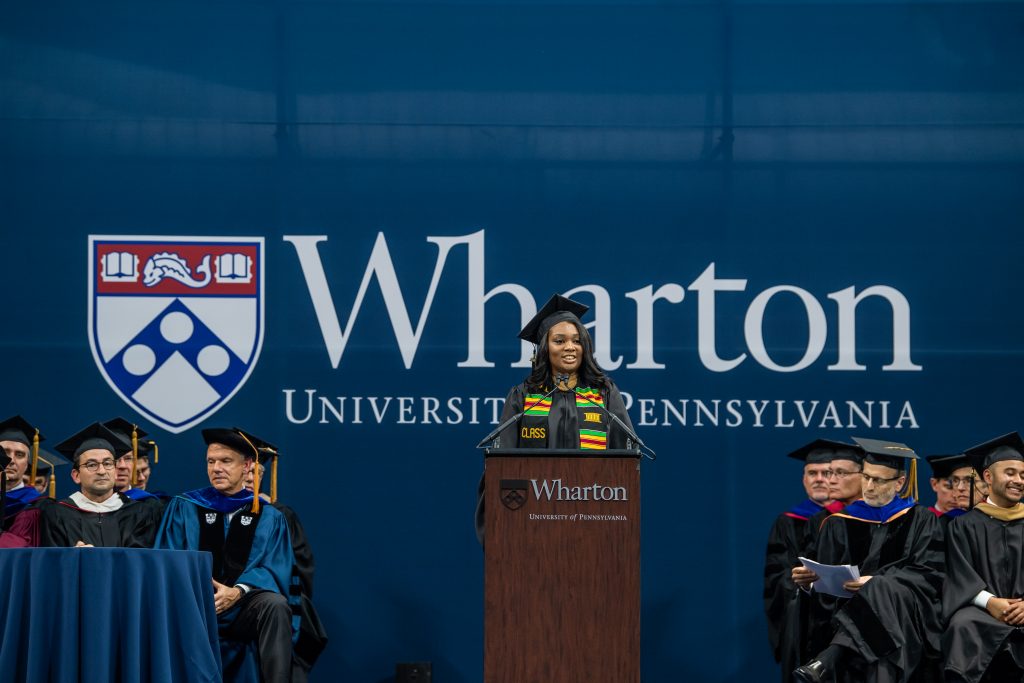 If not for the support she received at MLT, Chanel says that she wouldn’t have attended Wharton. “At the time, I didn’t think it was attainable,” she said. “I thought that my background made me just another cookie-cutter person from finance, regardless of my test scores and academic record.” When she joined MLT and began speaking to coaches, Chanel was assured that this was absolutely not the case. “I was told that I could go to any school I wanted to attend,” she said. “It was up to me to put in the work, but there was nothing about my background that was limiting. MLT opened my eyes for sure.”

When she arrived at Wharton, Chanel got to work creating her legacy. “When I show up to a new space, community, or organization, I say to myself, ‘I’m here. How do I leave my mark or change things for the better? How do I give back?’” Being student body president gave Chanel the platform to fix things she thought were not working well and add value in a way that she could not have, had she not assumed that role. It also gave her an avenue to push herself. “I spent a lot of time in my previous job working for other people and being the worker bee,” she said. “I had doubts about my own leadership abilities. Could I manage people? Could I lead a team? Could I provide the vision, create an accountability structure and push projects forward?”

As the student body president, Chanel was also President of the Wharton Graduate Association (WGA). The WGA is a 501(c)(3) nonprofit with a Board of Directors, $5M in annual operating budget, W-2 employees working for the President, and student volunteers who make up the student government board. “It’s a big deal, and it was important to me to experience all those things,” Chanel said. “I thought that if I could essentially run a $5M nonprofit, I could scale that up, manage a team, and none of those other things I was worried about would be obstacles.”

What I thought I was capable of and what I thought would be my max or my limit just wasn’t true. It’s 10x that. It’s limitless, actually.

Chanel didn’t know it when she accepted the role, but she was Wharton’s first Black student body president. In taking on that role, Chanel believes that she helped show incoming students what is possible if they want to pursue leadership on campus. For Chanel, the combination of MLT and Wharton has been “a 10x experience” in terms of exposing her to what is possible. “What I thought I was capable of and what I thought would be my max or my limit just wasn’t true. It’s 10x that. It’s limitless, actually. MLT and Wharton have made me feel that I can do anything.” Before, Chanel says she wouldn’t have believed that she could be CEO of a global company. “But now I know that’s completely within me, and within 15-20 years at that. It has made me feel that way.” Chanel now understands that “all I need to do is have a great idea and a plan. It’s all within my network. I think bigger and I dream bigger now.”

Exposure has been a major factor in Chanel’s thought transformation. “I wasn’t from this world,” she says, referring back to the limitations of her parents’ guidance. “I wasn’t aware that I could go into different industries, work for myself, or have different platforms to get funding for an idea. Before, my thinking was to work for a large corporation, hide behind them, and let them dictate the direction to me. Now I have exposure to a broader network, different geographic opportunities, different industries, and ways to finance my own ideas and vision. I have the network to activate all of those options.”

Chanel’s favorite book is Rich Dad Poor Dad: What the Rich Teach Their Kids About Money That the Poor and Middle Class Do Not! by Robert Kiyosaki. She said that she instructs all her mentees and friends to read it. “The guiding principle I learned from that book is that over the course of my life, I should be acquiring assets like education and other investments that continue to produce returns. I don’t want to be the person with the fancy career who doesn’t have anything else. So although I love Gucci bags, I’m going to pursue my real estate strategy and invest in communities where I think there will be a growth in economic development so I can take part in that industry and have assets that continue to make money for life.” Ultimately, Chanel says the book reminds her not to focus her life on work and a paycheck, but to “have true financial freedom.”