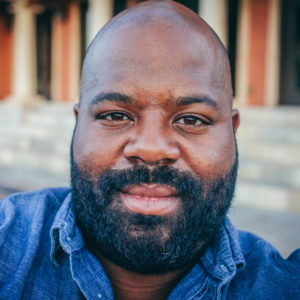 Complete this sentence, "If not for MLT..."
Money has unfortunately been too significant a limiting factor throughout my life. As a result, I’ve always wanted to be in a place where financial constraints were not the primary driver behind my circumstances or decisions. I didn’t have a three-dimensional roadmap to accomplish this early in my career. MLT was instrumental in helping me design this roadmap and then re-architect it after every unanticipated pivot. If not for MLT, I would not have attended Stanford, become an entrepreneur, worked at Google, Facebook, and Amazon, or spent the past 15 years building community in the Bay Area. Most importantly, if not for MLT, my wife Kuleni (MBAP '06, HBS '08) and I would not have entered a season where we can contribute our time and financial resources to organizations and people whose stories really resonate with our values and passions.

Please describe the impact MLT had immediately upon completing your program.
During the MBAP process and business school, most of my peers wanted to pursue tracks at top corporations, investment banks, or consulting firms. My business partner and I had a very different vision: we wanted to build our own company. Although this vision didn’t fit into MLT’s standard curriculum at the time, the program still celebrated and honored our interests. John and the executive team mentored us and introduced us to advisors and investors. They created opportunities for us to tell our stories through the umbrella of MLT’s media. As a result, I was able to spend the five years after Stanford actually pursuing the future I had written about in my MBA applications. And when I eventually had to close the chapter on my entrepreneurial career, it was an MLT relationship that buoyed me and led me to my first opportunity in the technology sector.

How has MLT changed the financial/economic trajectory for you and your family?
As a father of three boys, I reflect on the differences between my kids’ upbringing and my own quite a bit. I grew up in Bushwick, Brooklyn in the ‘80s. If someone had asked me then how many adults who were close to me lived comfortably and did so through legitimate means, I could point only to my pediatrician. Today, my wife and I are raising our three sons in Palo Alto. In less than one generation, some combination of hustle, discipline, luck, and the support of programs like MLT has enabled my family to change our lives in fairly dramatic ways. Things that were once issues—a car repair, a medical bill, tuition, bad credit, for example—no longer are. When those we love need help, my wife and I now have the resources to step in. We’re also now in a season where we are optimizing for our children's futures. MLT has played an integral role in creating this reality for us.

Has MLT elevated your personal and professional aspirations? If so, please provide an example.
I’ve always been extremely ambitious, so MLT did not materially shape how I think about wealth creation or the depth of impact I wanted to achieve through my work. What John and the MLT team did quite well was significantly increase the probability that I would actually realize the future I had envisioned for my family.

How has MLT's community helped advance your personal and/or professional happiness?
When I was at Stanford, the admissions office and MLT asked me to speak to a prospective student who was on the fence between Harvard and Stanford. I recall it being a bit inconvenient given my schedule, but I was indebted to both programs and so agreed willingly. We set up a time to speak. I offered him the honest feedback he needed to make a very difficult decision. It was a great conversation, and he was very appreciative of my candor. We spoke only a handful of times after that interaction. About five years later, when my personal circumstances no longer allowed for the instability of entrepreneurship, I began to reach out to my network for help transitioning to a corporate career. Most of the responses were underwhelming. The issue wasn't my ability, but that my entrepreneurial narrative wasn't the archetype from which hiring for most of the desirable roles was patterned. In most cases, there was little incentive for hiring managers to take a risk on me. However, that once-prospective student and MLTer I spoke with at Stanford was the first to show me major love. He was now a Director at Facebook. Despite my non-traditional post-MBA resume, he took a chance. “I have a role on my team you’d be great at, but I need to know you’re not going to bounce to start another company,” he said somewhat facetiously. I joined his team and worked on Messenger in the early days where the product grew from 300 million to over a billion users. His vouching for me enabled me to build a legitimate reputation and body of work in the technology industry and helped me land my next business development role at Amazon four years later. I love this story because it’s full circle. This MLT relationship that began with me in a position of power came back around and afforded me an opportunity at a critical inflection point in my career when I really needed a hand. That is the beauty of MLT and its community.

Speak to a challenge MLT helped you overcome and how did that help your trajectory (i.e. confidence that you belong, growth mindset, vulnerability).
I honestly did not believe I would be accepted to a top-tier MBA program. The folks I knew who had been admitted to Stanford, Harvard, Wharton, Columbia, and others were leaders in every sense of the word. Their paths were traditional and they really capitalized on every professional opportunity given them. I had graduated college into the recession, endured two sets of layoffs, and clawed my way from Morgan Stanley to Merrill Lynch to McKinsey & Company. I did not feel empowered. When I started MLT, John Rice and my coach, saw something in me that I could not at the time. They encouraged me, and provided the support I needed to put together a strong application. I literally operated on faith only they possessed as I waited for evidence to manifest itself. It was the fuel I needed to move forward at that point in my life. And it worked. I was accepted into all of my programs. It felt as though I had been granted a professional reset where the entire world was now fully available to me.

Have you helped advance vulnerable people on their path to economic mobility? If so, how?
At work, I am committed to building the pipeline of candidates of color in my field through recruiting, referrals, and coaching. The personal wealth created just by working at technology companies is unparalleled. So each hire is great for the culture. In my personal life, my financial success has meant that I can be a resource to my parents and other family members in times of need. My parents sacrificed every luxury and incurred debt to ensure my younger sister and I could have experiences unavailable to them. It’s a blessing that my wife and I are now in a position to make their lives more comfortable. We are also beginning to think more strategically about our philanthropy. In the interim, we sponsor youth soccer players in the neighboring town and help financially when someone we encounter has a need that resonates with us.

Share 2-3 ways you've been able to accelerate your organization's journey toward greater diversity and inclusion.
While some people gravitate toward public leadership roles, I prefer to work one-on-one with candidates of color, connecting people across my network for various opportunities, recruiting them to my workplace, and helping them prepare for the interview process. I have assisted many individuals in refining their personal narratives, paying particular attention to how to communicate challenging aspects of their candidacy. I don’t shy away from difficult conversations. Because of the ways in which MLT helped me package my skills, experiences, and even weaknesses to enter the professional world, I feel I can offer similar support in shepherding others through the hiring process.

Share your favorite song, movie, or book, and why it appeals to you.
My mother gave me the book Why Should White Guys Have All the Fun? How Reginald Lewis Created a Billion-Dollar Business Empire my freshman year of high school. I had left my home in Brooklyn on a scholarship to attend a private boarding school in Connecticut. I was introduced to real wealth for the first time in my life at Hotchkiss, but I had no concept of how my personal journey might take me there. Here was this guy, Reginald Lewis, born on the East Coast with life circumstances not materially different than mine, and through hustle, creativity, an audacious belief in his own capabilities, and just going for it, changed his position in a dramatic way. The images conjured in that book—of Lewis scouring financial statements at his desk with holes in his shoes—live vividly in my head to this day. It was a real picture of someone like me doing grand things in an environment they weren’t born into, and it gave me the courage to go for what I wanted. I still have a copy on my bedside table now.

What is your superpower?
My superpower is my ability to deeply connect and empathize with others. “Earning and Building Trust” is an Amazon Leadership Principle I over-index in. I’m very interested and curious about people, in general, and I believe it is especially important to have depth of relationship with those you work with every day. If everyone on the team is overworked, what will make them respond to your email, offer you meaningful input, or give the incremental effort needed to get a project over the finish line? If you understand people’s motivations and intentions and have invested in that relationship over time, you are much more likely to motivate people.

What gives you hope?
There were two programs that had a profound impact on my life, the one that got me out of Brooklyn and into boarding school (Albert G. Oliver Program) and MLT. In both cases, the founders were successful executives who were inspired to leave their lucrative careers in order to create something that could massively impact young people of color. Their instincts, creativity, and hard work have changed thousands of lives as a result. I am in awe of such entrepreneurs. Their organizations literally change the complexion of institutions and have massive inter-generational effects on communities of color. That such entrepreneurs exist gives me tremendous hope. I’m also inspired by the young people in MLT now. Every few months, I get pinged by one. I’m always blown away by how they show up with an agenda and a clear purpose. I leave our interactions impressed by their swagger, talent, preparedness, and maturity. They ask incredibly thoughtful and sophisticated questions. They would have run circles around me when I was their age. The caliber of this pipeline gives me tremendous hope as well.