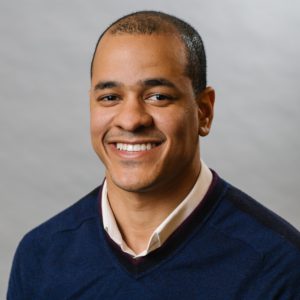 It’s a big deal to get an MBA from a prestigious business school, to say nothing of being president of your graduating class! Triston Francis, Harvard Business School 2019, a Fellow in MLT’s Career Prep and MBA Professional Development programs, also served as an Ascend Coach to first-generation college students. He shares his remarkable story.

The Other Wes Moore: One Name, Two Fates is a book of particular significance to Triston Francis. Much like the author, Triston grew up in circumstances that could have led to a life of poverty and entanglements with the criminal justice system. Fortunately, a couple of key opportunities completely changed his life. In the book, Wes Moore is confronted with the serendipity of his reality when he becomes aware of another Wes Moore—a man from his hometown who shares his name, but who travels a completely different path. The other Wes Moore serves a life sentence in prison for a robbery-homicide, while the author—having turned his life around at a military school—is a Rhodes Scholar at the University of Oxford.

Similarly, Triston Francis' mirror is his older brother, who did not go to college and has endured many difficulties in adulthood because he lacked economic resources. Triston says that education and programs like MLT drastically changed his own trajectory and, in turn, have enabled him to change his brother’s trajectory as well. Triston is committed to sharing access to the opportunities that have shaped his life.

Triston didn’t take his studies seriously until he transferred to a private boarding school when he was 11 years old. He arrived at his new school several years behind in his reading levels and having never read a book from cover to cover. Determined to excel, Triston woke up early every morning to read in a common room before classes began. Teachers noticed his effort and began offering one-on-one lessons to help him improve. It wasn’t until a few years later that Triston discovered he was dyslexic. “Turning that around really helped motivate me,” he said. When he later matriculated at the University of Pennsylvania, Triston’s writing was still not where he wanted it to be, so he became a regular at the on-campus writing center. He visited frequently, and worked so diligently, he was eventually invited to be a tutor. Triston fell in love with writing and won a national business essay competition that opened the door to his meeting business icon, Carla Harris, and prominent business executive Ken Chenault. Later, he would have the opportunity to work directly with Harris.

Having people who invested in his success was critical for Triston. He received a similar kind of intentional support when he joined MLT’s Career Prep program. Triston describes his MLT coaching experience as “tough love with an emphasis on the love part.” As a junior at the University of Pennsylvania, Triston had already completed a summer internship at Goldman Sachs, with an offer to return. He also had been elected President of the Black Wharton Undergraduate Association. But, Triston's grades were suffering. His GPA was lower than it had ever been in college. His MLT Coach, Valerie Jackson, held Triston accountable. “Coach Val had me in tears,” he remembers. “She told me, ‘You’re getting too complacent. This is all great, but there’s no reason that any of this should come at the expense of your GPA.’ She challenged me to push myself, and I did. I got a 3.93 GPA the following semester and kept it high. She helped me see the bigger picture, which is something that MLT does really well.”

I’m a first-generation college student...Neither of my parents went to college or have done anything remotely related to business. For me, this process of navigating corporate America was not something that was discussed at the dinner table.

Triston’s primary motivation for joining the MLT network was to gain the confidence he observed in other MLT Fellows at Penn. “I’m a first-generation college student,” Triston explained. “Neither of my parents went to college or have done anything remotely related to business. For me, this process of navigating corporate America was not something that was discussed at the dinner table.”

While he counts that confidence as one of his most valuable gains from the program, he also noted how important it was that MLT reinforced the concept of mutual benefit between individuals and their communities. “The biggest lesson I’ve learned is that nobody succeeds in this world on their own,” he says. “MLT taught me how to leverage the support of people who are kind, caring, supportive and knowledgeable, and to build a relationship that’s beneficial for myself and for them. That’s the beauty of MLT. Everything the organization does is about benefiting your community and thus benefiting yourself. Those two things do not have to be mutually exclusive. I like to say that MLT blesses its Fellows so they can be a blessing to others.” When Triston thinks about the impact he wants to have on the world, one question remains at the forefront of his mind: “What am I doing on a daily basis to make these opportunities that have changed my life available to others?”

That’s the beauty of MLT. Everything the organization does is about benefiting your community and thus benefiting yourself. Those two things do not have to be mutually exclusive.

Being a “blessing to others” carries over as a primary tenet of Triston’s work as Harvard Business School's Student Body Co-President. Before business school, Triston had activated his network to host a speaker series for students from underserved New York colleges, where young people could network with professionals and learn about opportunities at top companies. “Students from underrepresented backgrounds had an opportunity to be exposed to that world in a way that they might not have otherwise,” says Triston. “I wanted to bring that concept to HBS. As Co-President, I can email 1,860 HBS students now and advertise these kinds of service opportunities to them.”

Sharing these opportunities doesn’t just benefit younger students. It satisfies a need on Harvard’s campus as well. Triston says that a disappointment his peers expressed during his campaign to be co-president at his b-school was that there simply weren’t enough service opportunities. “HBS’s mission is to educate leaders who make a difference in the world,” he said. “If you look at HBS, and probably other top MBA programs, students are often more active civically before coming to business school than they are during business school. That’s troubling because business school is where you develop the habits that you’re going to keep for the rest of your life. If service isn’t part of the equation then, it’s far less likely to be part of the equation afterward. What matters is integrating ‘giving back’ into your regular life.”

Triston’s passion for sharing influence and giving back, just as others brought him along, also extends to how he views corporate America. He believes that the way to pay it forward is to “do it on all levels.” He elaborates, “Use whatever influence you can to set up programming that will support others, but do it one-on-one as well." This could mean inviting young people from underrepresented minority groups to a conference or simply inviting them to spend a day at a corporate office. “Just the slight ask of an email could set up a life-changing experience for someone,” he says. “I know that there’s a cost that comes with asking a favor or request, but CEOs have amassed a lot of that goodwill by the time they reach those positions. Taking some of that goodwill and distributing it to people from underserved communities who don’t have those opportunities will have a very big impact.”

Sean Heywood
What John and the MLT team did quite well was significantly increase the probability that I would actu...