Drawing Her Own Doors to Opportunities in Tech 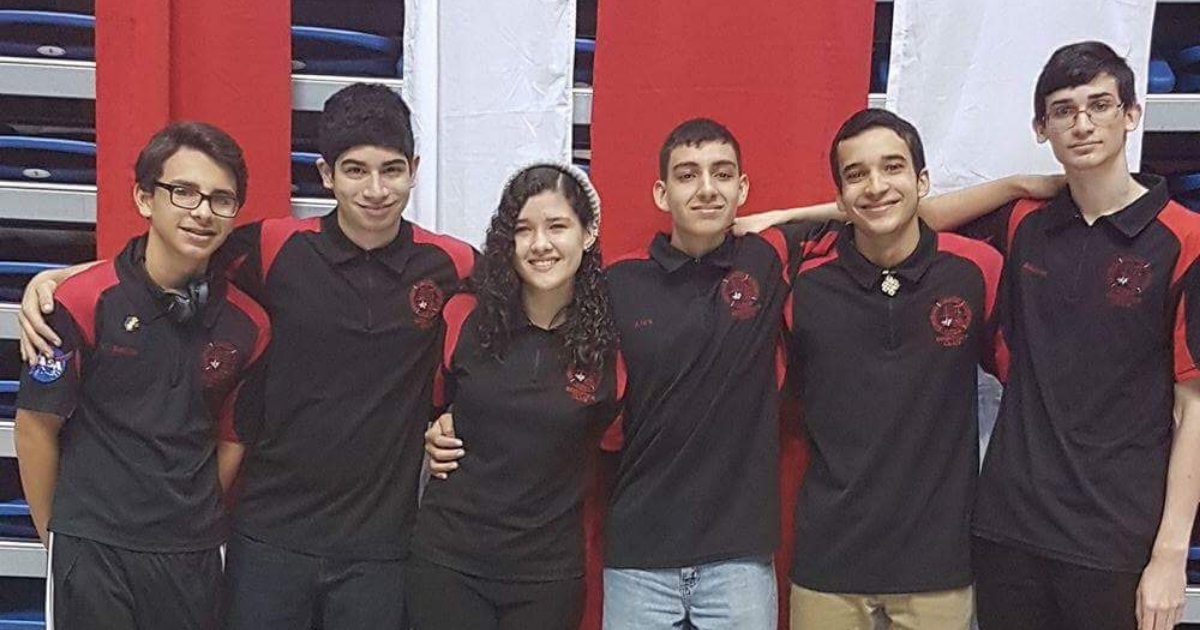 Angelik Laboy Torres, third from left in the above photo, is an MLT Career Prep Fellow attending Georgia Tech as a computer science major and film studies minor. When it comes to reaching one’s goals, Angelik says she has learned that no matter how impossible the journey may seem, “you have a community with you, so uplift yourself with those around you.”

Angelik Laboy’s fascination with technology was evident at an early age. Angelik says she was always drawn to repairing items around the house—sometimes fixing a broken remote control, tinkering with a television that was on the fritz, or even changing the battery in a car. Angelik recalls a comment from her mother, which she says will stick with her forever, “I don’t understand what you’re doing,” her mother said, “but I think what you’re doing is magic.” The comment, Angelik says, sparked a confidence in her that has propelled her to overcome challenges and pursue her passions.

Angelik says her more formal technology education began when an elementary school teacher recognized her talent and began introducing her to computer science training and providing information on opportunities related to software engineering. It was only by happenstance, however, that Angelik learned that a new STEM school had opened near her hometown of San Lorenzo, Puerto Rico. Angelik remembers being a 5th Grade student strolling through the plaza one day, when she stumbled upon a school where she saw students working with robotics. She says she was struck by the sight, and immediately knew she belonged there. 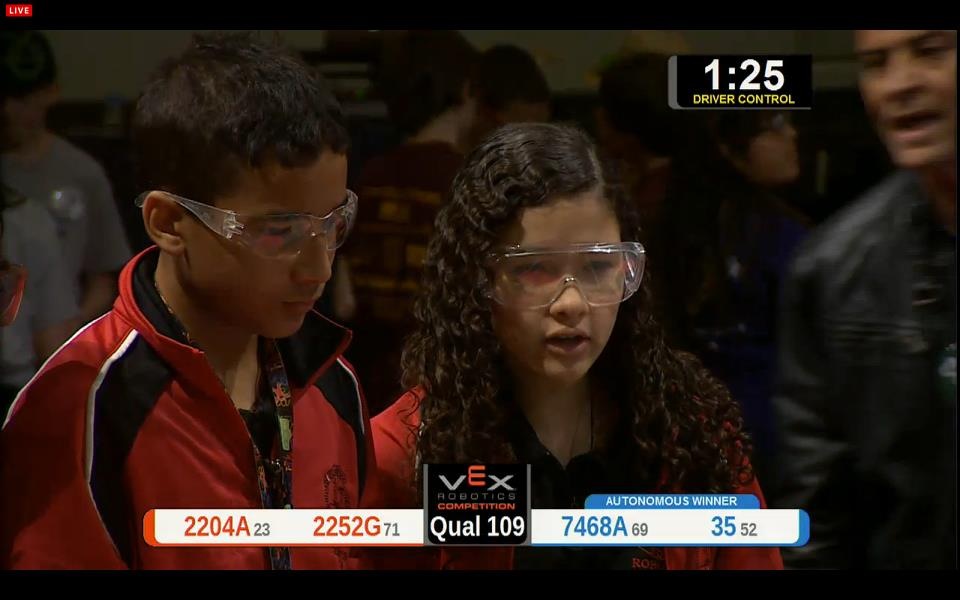 Competing in the VEX Robotics competition.

But there was a problem. Angelik realized that gaining admission to her dream high school would be difficult. “I actually wasn’t on par with the knowledge that they were requiring on the test,” she explained. Undeterred, Angelik spent months studying to improve her math skills, reading Spanish literature, and teaching herself the skills needed to pass the admissions test. She even dedicated her lunch breaks to preparing for the exam.

Her hard work paid off. Angelik was admitted to the school, where she thrived. She went on to win the 2016 National Center for Women & Information Technology (NCWIT) Aspiration Award, and she led her robotics team to compete in the VEX Robotics World Championship, a global competition with teams representing 50 countries.

Angelik’s most significant achievements, however, were close to home. Galvanized by health issues her family members encountered, Angelik used her skills to develop innovative healthcare technologies. “I was really intentional with every single design I made in order to accommodate the type of community that I was serving,” she said. Her family struggles with diabetes, so Angelik created a non-intrusive, wearable technology that helps diabetics painlessly monitor their glucose levels. She also developed 3D-printed glasses that hold interchangeable filters to help those with colorblindness better distinguish colors.

Angelik says she had to overcome many obstacles during the product development process. She did not have the same resources that are typically available to those who are developing technologies at universities or research institutions. She had to be scrappy. “It is very hard when there’s limited scholarship on the topic or when people have done it before, but then they haven’t done it in a certain way and I’m still a high school kid.” 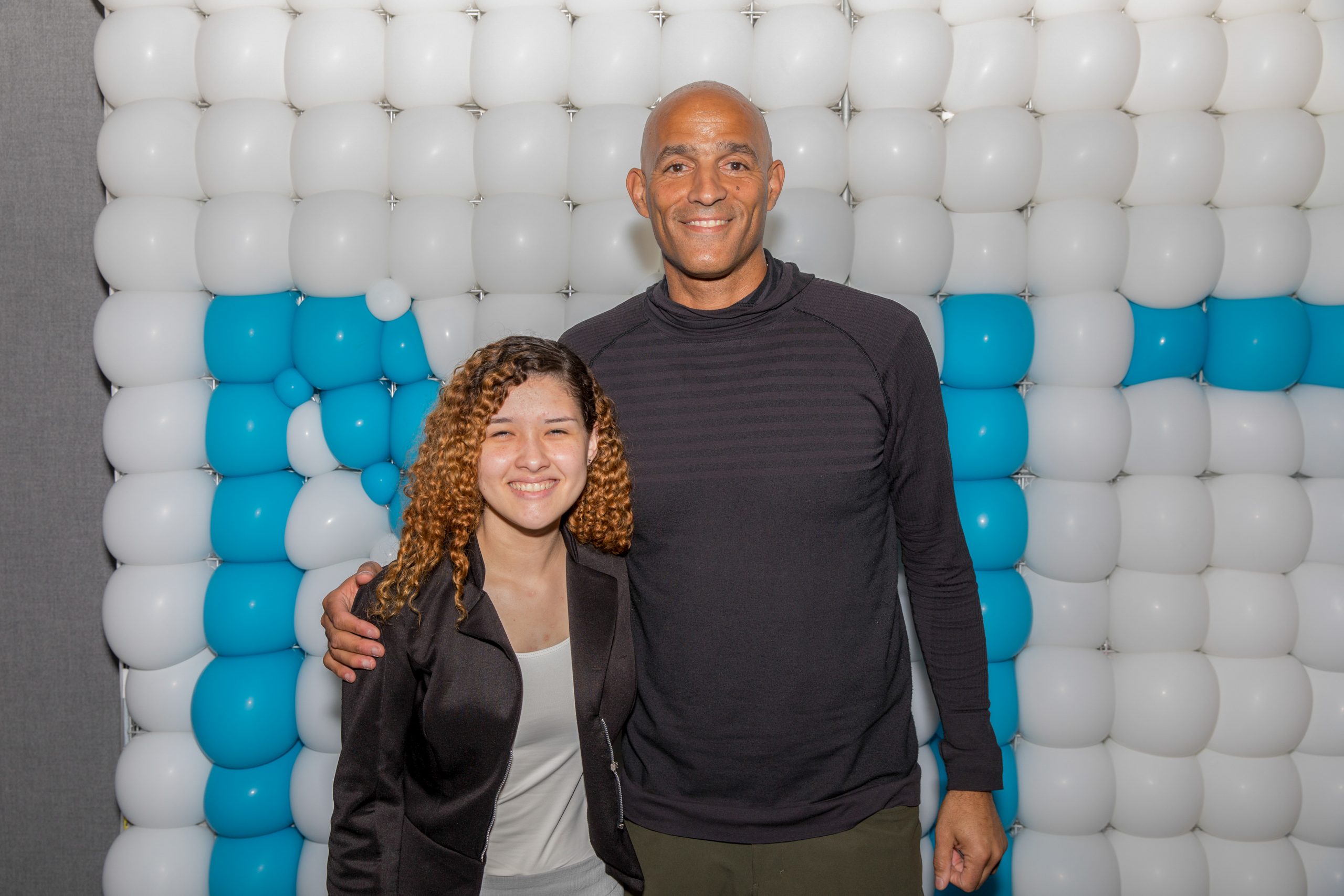 Angelik persevered and was admitted to Georgia Tech—one of the top-ranked universities for computer science. During her sophomore year, she was accepted into MLT’s Career Prep program. She says her Career Prep coach, Michelle Florendo, pushed her to develop personal clarity. Angelik says Coach Michelle helped her to really think about careers in which she could combine both her passion for tech with her interest in film. “At MLT, we know that our Fellows can maximize their impact when their gifts and their passions are aligned, so our conversations focused on how she could seek out opportunities where she could contribute with both her technical and artistic expertise,” says Coach Michelle.

At MLT, we know that our Fellows can maximize their impact when their gifts and their passions are aligned.”

Angelik believes her clarity and confidence have been key to her success. She has interned at Walt Disney, BlackRock, and most recently at Unity Technologies—a video game software development company. Coach Michelle reflects, “From the beginning, it was clear that Angelik had many talents and many interests. She had already demonstrated she could meet the technical bar for entry at top companies like Disney and Blackrock.” Coach Michelle added that the Career Prep program provided Angelik with the support and structure to help figure out “how she could bring her talents and passions together in her career path.”

As she prepares to graduate in 2021, Angelik is committed to encouraging others to relentlessly pursue their dreams. “You have to prove yourself that you are worth this opportunity and that all these doors are open. If all of them don’t open…draw a door and you make your own opportunities.”

Angelik, an MLT Career Prep Fellow from Puerto Rico, explains how the program can help you land a great job after college.